The book: The Broom of the System by David Foster Wallace 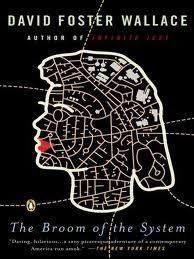 David Foster Wallace published his first novel at an age when most of us are still mastering the art of the keg stand. And if that were enough to make him an overachiever, Mr. Smarty Pants’ debut, The Broom of the System is actually a super meta in-joke about philosopher Ludwig Wittgenstein’s thoughts on the way language mediates our perception of reality. But don’t let that deter you. If it makes you feel less inadequate, it’s obvious Wallace was young and trying just a little too hard and owed a too obvious debt to Thomas Pynchon. The Broom of the System is the convoluted tale of awkward, overly cerebral Lenore Stonecipher Beadsman (a thinly veiled, gender-bent version of the author) and her search for her missing philosopher great-grandmother that careens through fat men determined to eat the world, ominous shadows and a smart mouthed cockatiel in a twisty, hilarious romp through mid-America in the late ‘80s. It’s also an easier entry into Wallace’s oeuvre than the intimidating 1,000 page (+100 more pages of footnotes, some of which have their own footnotes!)  virtuosity of Infinite Jest, which is well worth reading too.

A representative passage:
There were two reliable ways to identify the Bombardini Building, which was where the firm of Frequent and Vigorous made its home. A look from the south at Erieview Tower, high and rectangular not far from the Terminal section of Cleveland’s downtown, reveals that the sun, always at either a right or a left tangent to the placement of the Tower, casts a huge, dark shadow of the Building over the surrounding area—a deep, severely angled shadow that joins the bottom of the Tower in black union but then bends precipitously off to the side, as if the Erieview Plaza section of Cleveland were a still pool of water, into which the Tower had been dipped, the shadow its refracted submergence. In the morning, when the shadow casts from east to west, the Bombardini Building stands sliced by light, white and black, on the Tower’s northern side. As the day swells and the shadow compacts and moves ponderously in and east, and as clouds begin to complicate the shapes of darknesses, the Bombardini Building is slowly eaten by black, the steady suck of the dark broken only by epileptic flashes of light caused by clouds with pollutant bases bending rays of sun as the Bombardini Building flirts ever more seriously with the border of the shadow. By mid-afternoon the Bombardini Building is in complete darkness, the windows glow yellow, cars go by with headlights. The Bombardini Building, then, is easy to find, occurring nowhere other than on the perimeter of the sweeping scythe of the Midwest’s very most spectacular shadow.

The album: Dogma by Asterisk* 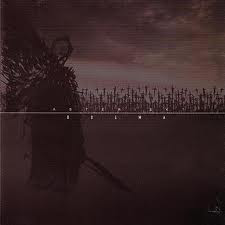 Asterisk* is what happens when a philosophy graduate student like Wallace tosses over writing and gets really into Discordance Axis. The Swedish trio followed the Jersey Boys’ lead in elevating the intellectual and emotional aspects of grindcore on their retrospective master's dissertation Dogma. Their weapon of choice was grind that flirted with linguistics, philosophy, literature and pop culture in a way that hadn’t been seen before and rarely rivaled since. While the music may have nodded back to Discordance Axis, Asterisk* established a lyrical identity that was wholly their own.

You'll probably need a phrase structure tree just to keep up with a few of Wallace's more virtuoso sentences.
Posted by Andrew Childers at 6:26 PM

Labels: asterisk, dogma, good reads, grindcore, how swede it is

I'm really digging this series, both for pushing me to blind-purchase Arkham Aslyum (so good, and so creepy), and reminding me I still haven't bought this Asterisk record yet.

agree with this...you, sir, have found your new niche.