The split seems to be a lost art in the digital era. Downloading two different halves of an album from two different Bandcamp pages just doesn't quite have the same pizzazz as flipping a piece of wax on your turntable, ya know. Or I could just be an old coot (*pulls plaid pants up to armpits*). But despite modern technology's best effort to turn me into a parody of Abe Simpson, 2012 was blessed with a bumper crop of awesome bands that managed to work well and play with each other. Here are 10 bands over five splits who figured out how to do it right this year. 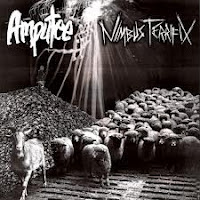 5. Amputee/Nimbus Terrifix
Split
Piggiron Sound
The Nimbus Terrifix side still doesn't really wind me up, but new Amputee material is a gift from grindcore Olympus. Ugly and without a hint of pretense, Amputee are everything you really want in a grind band. Sometimes you just want to be walloped upside the cranium without subtlety or art. Here are two bands that don't get too wrapped up in the whys and wherefores of their music and just decide to smack you silly instead. 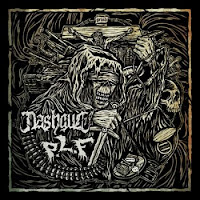 4. Nashgul/P.L.F.
Split
Bones Brigade
I imagine the Nashgul and P.L.F. split was probably recorded in the musical equivalent of a broke down drive in theater that specializes in seedy midnight movies that are high on boobs and blood and not so finicky about acting or plot. Or the kind haunted by Scooby-Doo villains. One or the other. This 7-inch is a loving tribute to a time when movies wallowed in depravity and violence. And they would have gotten away with it if it hadn't... Actually they got away with it pretty damn well. The next time some Hollywood bigwig wants to make an "ironic" throwback to the heyday of exploitation films, maybe these two bands can soundtrack it. 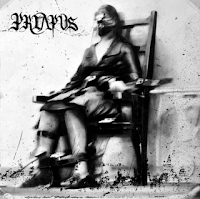 3. Priapus/Old Painless
Split
Self Released
I wish I were in the land of cotton cuz grindcore there is not forgotten and runnin' rebs Priapus and Old Painless lobbed a cannonade with this self-released 7-inch. How some label didn't immediately snap this up remains the biggest head scratcher of the year. However, the bands have been spreading their nasty vibes all across the internet and it's yours for the taking at their respective Bandcamp pages. Old Painless' acquired taste vocals and Priapus' gutbusting death just might force you to secede from the world of record labels as a result. 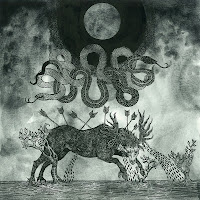 2. Robocop/Detroit
Dead Language, Foreign Bodies
Grindcore Karaoke/Give Praise
Heading in the opposite direction from Priapus/Old Painless, Robocop and Detroit's neo-powerviolence pairing made the leap from Grindcore Karaoke's digital distribution network to a gorgeous 12-inch on Give Praise that you really, really want to add to your collection. It doesn't hurt that the bands both turned in defining performances. Robocop transitioned to a new, cleaner sound that swapped violence for intellect, placing a new spin on familiar songs and expanding the band's arsenal from broadswords to laser-sighted sniper rifles. By contrast, Detroit went atavistic, turning in a furrow-browed slate (and  J. Lo cover) that set up their subsequent solo releases later in the year. 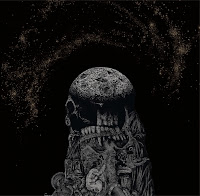 1. Dephosphorus/Wake
Split
7 Degrees
Sometimes the most brilliant gambits are the most obvious. Case in point, the excellent and ascendant 7 Degrees Records grabbed its two foremost bands -- Wake and Dephospohorus --  and told them to each record enough music to fill one side of a 7-inch. The result was an absolutely scintillating pairing that proved to be a pivot from Wake's Leeches (which graced last year's list) to Deposphorus' dominating Night Sky Transform. Dephosphorus had backed off the artistry of Axiom for something more primal and vicious, which put them firmly in Wake's realm, giving the pairing a wonderful balance from side to side. This is absolutely everything you want in a split experience: two bands at the top of their game that clearly enjoyed the idea of working together.
Posted by Andrew Childers at 4:14 PM

Cool list. Still not won over on Wake's contribution to that Dephosphorus split.

Did you hear thedowngoing/water torture split? JEEZUS that shit's good.

Looking forward to whatever else you got.

stoked to be on this list, so many other great bands! cheers andrew.

Andrew have you heard the Shitstorm/ Conga Fury split? What about the Massgrave/ Suffering Mind split?

yeah sidet. i haven't heard that stuff yet. it's been a tough year to keep up. i just heard the water torture/thedowngoing split and damn somebody on this list would have gotten bumped if i'd heard that sooner. everyone needs to run over to grindcore karaoke now and check that one out.

New to your site.

Thanks for the recommendations of Priapus and Dephosphorus.