Jersey Boys: Amputee Go Out on a Limb for Grindcore 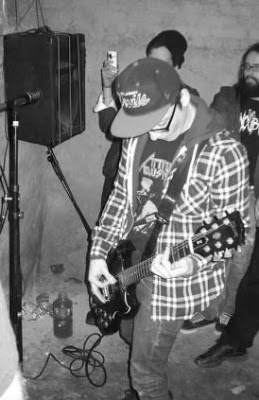 Extreme metal revels in the sort of morbid, tasteless fascination with death, destruction and misery that most people who consider themselves well adjusted endeavor to avoid. In fact, a blunt indifference to social niceties is often treated as a point of honor in the ongoing arms race to provoke the biggest rise out of the squares. And then there are those hilarious moments when metal's fascination with dismemberment and B-movie gore makes its awkward acquaintance with flesh and blood reality.
Case in point: Actual amputees have crashed grinders Amputee's social media profiles, mistaking the New Jersey  band for some sort of support group.
"I obviously have nothing against actual amputees, but I don’t know why they add us on Facebook or send us 'Amputee and Proud' messages," guitarist Bill Sikora said. "That’s cool and all, but I think it’s pretty clear we’re some shitty band they don’t care about. Our videos on YouTube get insane amounts of views as well. I’m assuming it's total creeps looking for amputee porn and settling for us. I would say that is the biggest blowback aside from trying to tell your grandparents and co-workers your band’s name, but that's every band I’ve ever been in. Band names suck."
Sikora is being a bit modest because Amputee is an awesome band name and he and bandmates John and Ben previously played in the wonderfully titled Chainsaw to the Face (notable for their contribution to the first volume of This Comp Kills Fascists). Rounded out by vocalist Brian (ex-Doomsday Machine Schematic who will be ceding his spot to new screamer Chris this year), the New Jersey quartet have built their buzz on a devastating demo, a tidy 7-inch and a split with Nimbus Terrifix that exhume, embody and update the path blazed by Assuck before them. Along with likeminded grinders Cellgraft, Backslider and Triac (with whom they are readying a split), Amputee revel in the no frills grind path blazed by the Floridian band. But Amputee would like reductive internet assholes who appointed themselves as musical arbiters (not thinking of anybody in particular, here) to know the band does have other influences too.
"I would say, for us, we have no intention on revolutionizing grind or whatever," Sikora said. "We just grew up on old Slap a Ham and Earache stuff. I think people get too hung up on nostalgia. I mean, we’re not trying to relive something we were never apart of. Realistically, how could we ever get sick of being compared to Assuck? I am nothing short of flattered to the comparisons to [Excruciating Terror] or Fear of God as well, but I don’t want people to think we are a revivalist-type band. What it comes down to is playing music that isn’t complete horse shit and having fun. Our direct influences would be bands like the three mentioned above, Autopsy, Crossed Out, Gorguts, Entombed and Infest."
Reached from the studio where he's laying down the beats for Triac's half of the upcoming split, drummer Jake Cregger enthused about Amputee's raw, relentless approach, regardless of any influences.
"If you boil their sound down to its raw essence then you have high energy and … malicious intent, (Name that song!)," he said. "I’d say that if Amputee were equipped with a bag of potatoes, an old boot and a can of chili, they would still manage to make something forceful and nasty. That is why they exist and they don’t have patience for much else. I think that comes across well, live and on record."


Draw Back a Stump 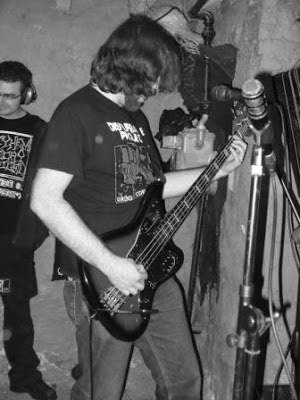 Amputee will get to parade their command of grind beyond the cream of Florida circa 1991  this year as they ready their upcoming split with Triac (who are recording tracks for their own split with Backslider during the same session) as well as a planned full length.
"We’ve known the Triac guys for years from playing shows with Chainsaw," Sikora said. "Out of mutual love for each other’s bands, we set up a tour and a split soon followed. Those dudes were seriously great to be on the road with and some talk of future touring has come up. Both bands are finishing up and Haunted Hotel will be putting it out. I honestly can’t say when it will be out but for sure no later than 2013."
Cregger said split was a natural idea because the two bands are simpatico both musically and on a personal level.
"We are really excited to do a split with Amputee because, aside from being great guys, they are such a consistently nasty sounding band live and on record," Cregger said. "We have slowly been moving in the same direction sonically as best we can, and it seems to be a great fit. They really enjoy what they do which makes a huge difference and they execute their husky blend of grindcore very well. On top of that, having toured with them, they are truly the sweetest bunch of fudge-pots and made every day of tour a good time. Touring with them is like living an endless Three Stooges bit. They might not be pretty, but there is a ton of character underneath those gnarled mugs."

A Leg to Stand On

While the band is still hunting for a label to partner with for the full length, Sikora said the 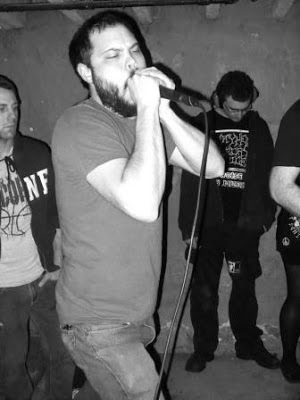 new material is "way less Assuck-worship," which may force me to compare them to a new band when it finally comes out.
The band also plans to commemorate first vocalist Brian's run with the band with a limited run of discography cassettes essentially collecting all of the band's output with his contribution. Stepping to Brian's mic will be new vocalist Chris.
"Our new vocalist is our good buddy, Chris. I have played in numerous hardcore bands with him and he has the biggest Ripchord button I’ve ever seen. Amputee will be back in action [this] year and playing shows around March. Brian will be on our upcoming split with Triac and that will be his last. We're bummed to see him go, but he’s a busy guy. We wish him the best."
While Sikora promises the new full length will expand Amputee's repertoire beyond Assuck, he can't dodge his influences in his self proclaimed Larm-core band Attitude Era. In fact, it turns out just about every member of Amputee has secret musical identity as well.
"Chris and I are in a poorly named fastcore band, Attitude Era," Sikora said. "Logan from Backslider, Chris, our buddy Jim and I wanted to start a band that sounded just like Heresy, Intense Degree, Deep Wound, etc. I play drums and we don’t distort the bass. We just put out a tape on Eat The Life from Chicago. You can google 'Attitude Era Philly' and a Bandcamp link should come up or one of our several three minute sets are on YouTube. Also, check out Brian and John’s band with Pat from Backslider, Callous. Ben also does a band with Josh from [Doomsday Machine Schematic] called Goat Thrower. If you’re into Dissection or At the Gates, you’ll love them."
Posted by Andrew Childers at 7:51 PM

SO many good puns, ownder what your B-reel was like.

Have to thank you for turning me onto this band. And, to hear they're teaming up with Triac and Backslider... I can't be happier.

Woah I didn't know about the Attitude Era connection, just saw that band in Chicago a couple months ago - one of the most intense sets I have ever seen!