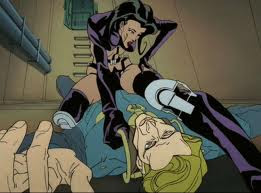 Whether it's a pretentious spelling of eon our a shout out to the helper spirits that keep the world running per gnostic philosophy, "Aeon" the song title inspires bands from a variety of genres to go big and go mystic. It's time to sit back and really think about your place in the universe. As some dude once said, "That is not dead which can eternal lie, And with strange aeons even death may die."

Though Gigantic Brain was birthed out of grindcore, the one man band (now a duo) has never been one to be restricted by stale convention. And GB announced its liberation with the first track of the Betelgeuse EP, part of the band's post-Invasion Discography creative burst. In Gigantic Brain's hands, "Aeon" is a placid, beautiful, meditative piece that seems to have evolved from a separate phylum compared to the band's prior material. Gigantic Brain's oeuvre has always had a pensive soulfulness that's often missing from the accustomed hostility of grindcore and "Aeon" is a great example.

Probably the most famous "Aeon" would be the penultimate song from Neurosis' masterwork Through Silver in Blood. Either definition of aeon plays to the band's man and nature mystique. Neurosis get all spiritual with a tinkling piano opening that gives way to their wonted crush only to stumble into a clashing, staggering mid-section only to roil back up into a crushing finale. It's like Gustave Dore engravings being transfigured into radiant sound.
Posted by Andrew Childers at 6:10 PM

Never bothered with Aeon Flux, always hated how it looked. I stumbled onto Maxx at one point and was intrigued. Think it's worth a go?

Surprised at how few songs there are titled "Aeon."

i'm actually in the same boat. always hated the art and never watched soooo..... beats me.