Things fall apart; the centre cannot hold;
Mere anarchy is loosed upon the world,
The blood-dimmed tide is loosed, and everywhere
The ceremony of innocence is drowned 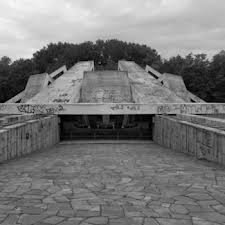 Astro/Winters in Osaka
Reverberating Forest
Phage Tapes/Dismantle Records
Eletromancers Winters in Osaka show off the breadth of their twitchy, witchy, glitchy nightmare noise on a pair of recent releases that delve into all the velvety black and gray and blue shades that color the night. The Chicago electronics outfit conduct symphonies of sound the way Lord Morpheus the shaper would  bend dreamstuff to his will.
Two song album Mutual Collapse, free on Grindcore Karaoke, delivers exactly what it says on the bottle. It's the sound of the slow decay of civilization, a world long bereft of the stain of humanity. It soundtracks the crumbling concrete monuments to our narrow vanity, the gnashing teeth of the Langoliers devouring our history until only sterile silence remains. Winters in Osaka gnaw through two versions of the title song. The first is a concise 12 minute detonation while the sprawling 35 minute deep dive has been recorded using binaural tones that are supposed to produce an added psychological effect. While the pillars of my personality remained solidly in place, the longer version does have a low tone rumble that adds an extra dimension that emphasizes Winters in Osaka's apocalyptic vision. 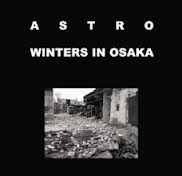 Winters in Osaka also tag teamed with Japanese noise artist Astro for Reverberating Forest, a single 40-minute song that finds the band working at its most contemplative and introspective. The song's spine is a Sunn O)))-like drone that embodies the cosmic OM (or possibly Ohm), but there's a snake lurking in their silicon paradise. Astro, who is responsible for the album's middle passage, slowly builds unsettling waves of warbling noise and modulating tones that creep in unnoticed at first but get to work on your lizard brain emotions. When the white noise finally breaches like an FX box whale, it shatters the placid atmosphere. When the wonted electronic apocalypse comes crashing in it's as though every communications breakdown in the modern world were suddenly given audible life--every dropped cell call, every autoco-wrecked text message, every email mistakenly sent to reply all. The very means of communication have cut off all meaningful conversation in the face of Astro and Winters in Osaka's digital Babel. Like Monuments Collapsing, the only thing left when humanity's traces are digitally scoured are the faint echoes reverberating through the forest.

[Full disclosure: the band sent me a review copy.]
Posted by Andrew Childers at 7:33 PM