The book: “I Hope I Shall Arrive Soon” by Phillip K. Dick 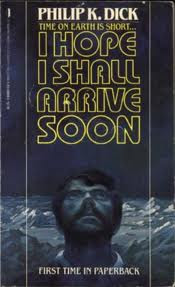 Phillip K. Dick briefly left off looking for the voice of god in interstellar beams of light for this 1980 short story about long distance space travel. Setting off on a 10 year space voyage, the ship’s 60 passengers have all been placed in suspended animation. All except Victor Kemmings, whose stasis system has malfunctioned. He can’t feel his body and he faces the prospect of 10 years trapped in his own brain with no escape and no company. The story begins with Kemmings’ increasing sense of panic as he realizes he may spend the next decade conscious and alone with only the ship for company. The ship dredges up Kemmings’ memories in an attempt to create a diverting hallucination that will fill the empty years but each memory only causes the passenger more grief, a reminder of the guilt and failure he’s fleeing on earth.

A representative passage:
The ship understood it. The ship had been carefully monitoring Victor Kemmings’ brain wave patterns, and the ship knew that something had gone wrong. The wave-forms showed agitation and pain. I must get him out of this feed-circuit or I will kill him, the ship decided. Where does the flaw lie? it asked itself. Worry dormant in the man; underlying anxieties. Perhaps if I intensify the signal. I will use the same source, but amp up the charge. What has happened is that massive subliminal insecurities have taken possession of him; the fault is not mine, but lies, instead in his psychological makeup. 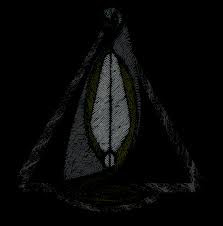 Night Sky Transform captures that awesome sense of wonder and terror that exists when you  contemplate the black places between the stars and the cosmic insignificance of the blue ball that’s hurtling us through space. Dephosphorus are wide eyed cosmonauts stepping away from the cradle of gravity to float free in the icy reaches of space. Their music alternates between awe at the spinning arms of the Milky Way coruscating out the window and the creeping horror over what we may find when we arrive.

A race enslaved by its own deeds
Starbreed nevertheless
Tricked, betrayed
Measuring the void

Show now fear
As you plunge into the void
Then to the epoch before
Posted by Andrew Childers at 7:11 PM

I have to echo the above comments.