You Load 16 Tons and What Do You Get? 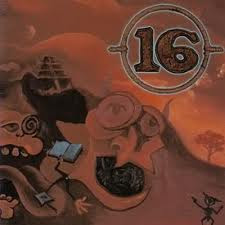 16
Drop Out
1996
16's music is as ugly and bruised as a blown out vein. The California sludge rockers penned rock bottom odes to junkie misery that are as grim and grisly as needle tracks and meth mouth. In ways, 16 were the anti-Helmet. Where the New Yorkers had carefully machined precision and accidental grunge stardom, 16 staggered their way through the same sense of crush but their rock bottom misery didn't even have a token chance of catching on during the extended bummer that was mid-90s popular music. There's a raw, ugly honesty to their tales of drugged out excess and psychological instability that they didn't bother to cover up in flowery poetry and obscure metaphor. They made it bum-scrubbed windshield clear on album opener "Trigger Happy" as Cris Jerue wails "life sucks, leave me alone" through the chorus. 16 lived their tales of homelessness, drug dependency and overdoses, but all of the bad mojo didn't interfere with their knack for setting their misery to some of the most perversely catchy heavy music ever made. Drop Out standout "Tocahara" rode the most infectious and insistent lolling bass line in all of sludgedom, a rumbling cenotaph to the band's raw rock power.

The War on Terror 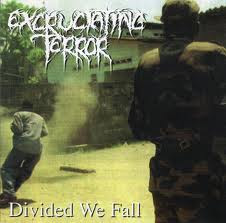 Excruciating Terror
Divided We Fall
1997
Pessimiser had a hard won reputation for slow motion misery, but it also dabbled in grindcore provided its practitioners were suitably grumpy. For example, Pessimiser blessed the world with both of Excruciating Terror's awesome albums. Though the cover might fool you into thinking this L.A. collective trafficked in your typical political jeremiads, Excruciating Terror were acutely observant catalogers of humanity's worst traits, chronicled at the individual level. Divided We Fall's opening raucous seconds sound like the fury of cavemen being beaten onto rocks and logs before exploding forward into a raging torrent of hurled spleen and snarling grind delivered by guys who chose to credit themselves as Roadkill, Troat Cancer [sic] and Appendix Rupture. And that's pretty much what Excruciating Terror sounds like. The band peddles the same broken concrete and passed out winos as their label kin. The only difference is they deliver their diatribes in a driveby flurry that takes no heed of innocent bystanders. That's because they don't care who you are. Everybody deserves to suffer in their world.

I am the Firestarter 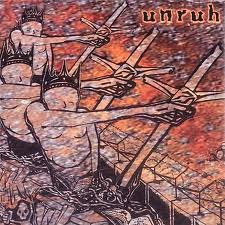 Unruh
Setting Fire to Sinking  Ships
1998
Arizona's Unruh specialized in metallic hardcore that was as bleak and black as a spoonful of tar. Don't let the pretty piano and placid strings at the onset fool you. This isn't some posi-core pretension bullshit. Named for a murderer and dizzy from the desert sun, Unruh were connoisseurs of blue collar despondency and dead end life choices made with eyes wide open, fully aware of the inevitable failure to come. It was ingrained in Mike Edwards' cigarette-burned rasp and the additional heft that came from adding bassist Michael Bjella, giving guitarist Ryan Butler a platform to elevate Unruh's music from their (admittedly awesome) skatecore roots to something more intricate and artistic. Setting Fire to Sinking Ships was a pieta carved from black granite and dedicated to everyone whose life was crabbed and foreclosed by the blind indifference of an apathetic universe. 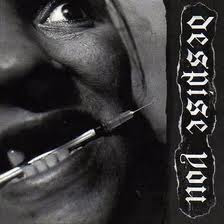 Despise You
West Side Horizons
1999
You know that bum that would buy you beer in high school? Take his raggedy life story of abuse, bad luck and missed opportunities and set it to a floor-punching hardcore soundtrack. That's almost as grim as the toothless junkie tying off on the cover. Which, in turn, is almost as grim as this multilingual, pass the mic male/female fronted power violence assemblage. Elder was not only president of the Pessimiser club for miserable, vein-opening music, he was a member as well and he led by cynical, scathing example. Despise You despise you almost as much as they despise themselves and everything else in the universe with anthems such as "Cut Your Arms - Solves A Lot" and "Couch Slouch." Bass heavy and grimy, Despise You embody the broken promises America has made to itself, a gutterbound reflection of the American dream. In Despise You's cramped urban hellhole, the horizons are claustrophobic and stunted. 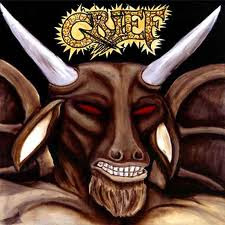 Grief
...And Man Will Become the Hunted
2000
Getting unceremoniously dropped by Century Media is probably the greatest thing that ever happened to Grief. The Boston sludge/doom crew, which splintered off of proto-grinders Disrupt, embody everything that typified the Pessimiser experience. The label would gift the world with Grief's final three albums, including farewell effort ...And Man Will Become the Hunted, which was probably the strongest and most engaging of the lot. Grief's downtrodden misery and urban decay was the avatar of Pessimiser's grim horizons and weed-burned misfortune. The Bostonians were born to crawl from Dismal on, and while this album certainly doesn't find them sprinting, Grief had learned to swing in the intervening years. It gives ...And Man Will Become the Hunted's eight long jams a boozy wobble as they stagger from rotten ideas to worse rock bottom bummers. Throughout it all, Grief are as crushing as undiagnosed depression, fiercely holding back the demon voices through self medication and manic insanity. Grief even wrote a song called "Pessimiser" for split with 16 that was later collected on the Turbulent Times discography. That's just how good of a fit it was.

Riding that Train, High on Cocaine 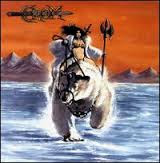 Crom
The Cocaine Wars 1974-1989
2001
Power violence, why so serious? The anonymous collection of Conan-obsessed clowns who comprise Crom were the exception that proved Pessimiser's glum rule. Not everybody can be staring down at their toes as they stumble across the broken pavement of life. Occasionally you need that collection of pranksters who burst the growing tension with a well-timed fart joke. Luckily for all of us, Crom brought their collection of inflatable broadswords and homemade bear fur mankinis to power violence's po-faced party. While Crom obviously sipped deep from Robert E. Howard's chalice as winking samples shamelessly swiped from the Conan films, Phantasm, Black Sabbath and Venom stage banter made clear, these Hyborian bastards are more Korgoth of Barbaria than Red Nails. Crom's actual songs got shattered into broken shield splinters by all the buffoonery going on, but don't think that means they couldn't pen a decent enough tune. It's just they didn't let themselves get chained to something as meager as making music. For Crom, nothing was better in life than to crush metal pretension and see it driven before them and hear the laughter of the audience. So keep running, dog boy.
Posted by Andrew Childers at 8:08 AM

Wow, fucking 16 is awesome. That's the one band from this feature I've never listened to, and I definitely need at least a download of Drop Out.

also check out blaze of incompetence. that's another goodie from them. i've heard good things about curves that kick as well but i'm not as familiar with that one.

This was a really cool article! Took me back to my 90s high school days... -Steve

Great read; cool how a mood/outlook and make up a label's catalog more than genre/circle of bands/etc.

I will never get over how horrible that Grief cover is.