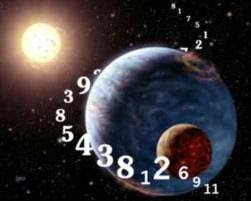 You didn’t think we were gonna leave it like that didja? After 20 alphabet posts, we officially bring this project to a close with this final (admittedly) tiny mixtape collecting grindcore’s numerical offerings. I hope you've found the whole exercise helpful, maybe discovered a hidden gem or two or finally checked out a band everyone has been raving about that had escaped your notice. There were a few in here that came as a surprise to me too. Hello, Muleskinner!
But here we are at the end of the road and I can't let go. I also can't think of a better to wrap way to this all up than with 324 either (but I wasn't able to find a decent 7 Minutes of Nausea rip either). Think of it as a spoonful of sherbet to cleanse your palette on the way out. Go ahead. You have room. It’s only wafer thin.
Here’s your Numbers Mixtape [Mediafire]:

Supreme run of posts again as alwyays Mr. Childers. I can't wait for your next awesome idea.

3 Doors Down
311
Three Dog Night
.38 Special
Sixpence None the Richer

WHAT KIND OF MONSTER WOULD LINK MR. CREOSOTE? And yeah, 50/50 and 324 rule. I feel like there HAVE to be more number bands that we're forgetting, but if there are, they're not in my library. FIVE FOR FIGHTING.

seven dust. prince as a symbol count?
lists are fun

2 minute dreka
and a ton of punk bands from selfmadegod

nigel, it's mr. creosote that pisses you off? i thought for sure the boyz II men would drive at least alex nuts with its falsity.

The Boys II Men didn't upset me, just made me question your sexuality.

more accurately, my age.
i graduated high school in that very narrow window between every class picking either "end of the road" or green day's "time of your life" as their graduating song.
dodged a bullet there.

Bodily fluid humor gets to me more and more with age (or maybe each Tim and Eric season.) As for Boyz II Men, nothing wrong with some slow jamz every now and then (and Shane, I doubt even most gay guys dig Boyz II Men. I can mostly imagine middle aged white dudes with "sensitive sides" (Andrew) who put them on during their monthly sex night with their wives.) P.S. Couldn't find acceptable 7 M.O.N. either, but DID find an awesome De La Soul cover by (Le) Scrawl, who I'm usually not partial to.

DesiccatedVeins made me lol pretty hard.
I'm just not a fan of slowing down. Sabbath, Fugazi, Dag Nasty, Deftones and Thin Lizzy are about as slow as I go. Thin Lizzy. Now THAT'S a band to bang your wife to.

i read shane's comment too quickly and it came out "fag nasty." somebody get pansy division on the phone. we could make a mint playing gay weddings in nyc.

i prefer something a bit more mature, refined..

Boyz II Men are the original love makers. Nothing wrong with that. Can you imagine slow dancing at arm's length with your sweetheart to anything else? No. No, you can't.

I'm with Bill though, where's Three Dog Night? Now that shit is the freshest.

did i tell you about my friend jeremiah? he was a bullfrog. always had some mighty fine wine.