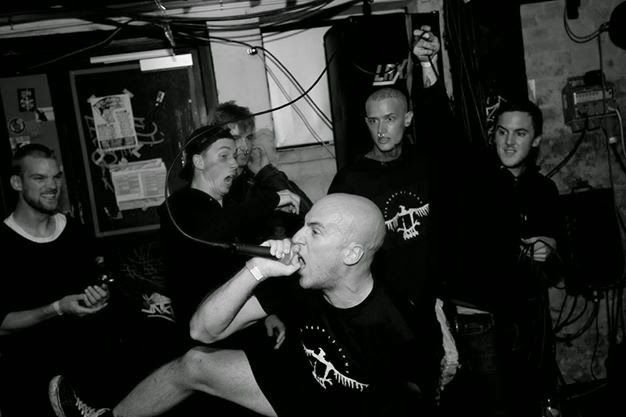 Patience seems to be a defining theme for The Arson Project. Getting their start in tiny Oskarshamn on Sweden’s southeast coast – poised nearly equidistant between Stockholm and Copenhagen – the band  has never tried to force themselves beyond their comfort points, even if that means letting half a decade slide between releases or watching trends swirl around them.
“This band is my life. I have spent thousands of hours on the road, in our different rehearsal places and on shitty jobs just to afford going on tour or to record like five to six minutes in the studio,” Larson said. “Even though we haven’t been that active the past years, this band reminds me every day that it has made me discover so many great things which have affected me as a person. It doesn’t matter if we play a show every ten years or release albums every twenty. It's not only about being seen everywhere; it's more about not living an ordinary boring life with full time jobs, debts and lots of shit you don’t need. As long as the band exists, it lets me be who I am.”
After years of being spread around Sweden, the majority of The Arson Project is now headquartered in Malmö, which should jolt their productivity as 75 percent of the members are able to physically assemble to prepare new music several times a week. Larson in 2010 even quit his job to make The Arson Project a priority. He’s been chauffeuring other metal and punk bands around Europe the last few years since his own group has been temporarily sidelined from touring.
Larson is cautiously optimistic that The Arson Project’s upcoming album will be the band’s ticket to hit the road and see the world. Until then, it’s just a matter of deciding how they will deliver the new album to the masses once the quartet is satisfied. True to their hardcore punk roots, The Arson Project are considering handling the release in-house.
“We have many contacts and we already know a bunch of labels that are interested to put out TAP releases. But with the things we've been through in mind, we won’t give the recordings or promises to anyone before we're satisfied with the finished result,” Larson said. “We've already had discussions about releasing it ourselves as well, and it's something which I'm finding more and more as an attractive option. I don't care about being associated with respected labels at all. My only concern is that the people who want to get their hands on the vinyl should be able to find it easily without paying shitloads of money.”
Posted by Andrew Childers at 9:14 PM