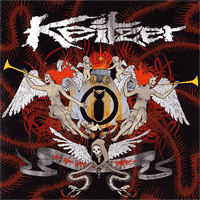 Labels: as the world burns, blastbeat from the past, grindcore, keitzer, sprechen sie deutsch, yellow dog

I really dig the drumming on this album. If you not blasting or thrashing, I personally want to hear some double bass. There's plenty of that. Typically when a grind song gets past the 2 min mark, my a.d.d. kicks in, but this album holds my attention pretty well.

i love a good double bass too. this part of what got me thinking about defining grind when i wrote about deathbound. keitzer is definitely a grind band but they come at it from a very death metal perspective.