The combination of age, apathy, arthritic knuckles and that little problem of zero recognizable musical ability have conspired to keep me from my life’s masterwork: an epic 10 minute drone doom cover of “You Suffer.” I mean, why not? It worked for Sunn 0))) and “For Whom the Bell Tolls.” And with every hipster douchebag who was ironically sporting a trucker hat two years ago swinging from Stephen O’Malley and Greg Anderson’s collective sack, I might as well get in on the action too. While my blog may be speed-centric, I have a deep, abiding love from the crustier, sludgier, dronier fringes of the doom-sphere. Frilly shirts, violins, red wine, vampires and tales of lost love need not apply. It’s the same impulse that drives me to obsessively listen to both grind and doom – Extremity of speed, whether up tempo and down. And while that may seem antithetical to some, there’s actually been a pretty steady traffic between the two ends of the pendulum with plenty of grinders leaving the blasts in the past to get down with the doom. 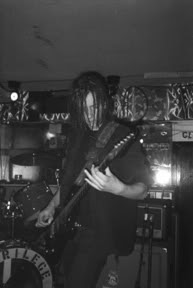 In the Name of the Father and the Son
For a guy who’s been cranking out 8-minute drone pop doom jams for the last decade, young Justin Broadrick famously didn’t have a lot of patience, quitting Napalm Death after the first Scum recording session. Though classic grind tunes like “You Suffer,” “Siege of Power” and “The Kill” have his dexterous fingerprints all over them, fast and blasting just weren’t in Broadrick’s stars. But we all know the man’s true calling lay in meticulously crafted walls of sound, whether they crushed you with their iron shod shoes a la the mighty Godflesh or buried you in suffocating walls of ambience like Jesu. While Broadrick has never helmed what I’d consider a “true” doom band his coattails permeate deep into modern doom. I’m not going to expound on the obvious but will say few before Godflesh were that heavy and Broaderick continues to crack – and drop – jaws with his latest work.

Birmingham Dorrian and the Cathedral of Doom 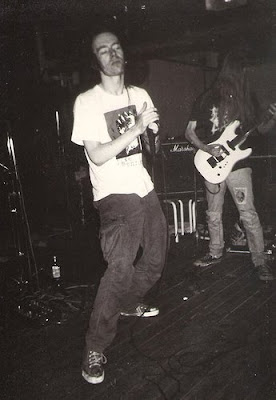 If there were template for the grind to doom transition, it would be a cutout of Lee Dorrian. Having helped lay a corner stone for grind with Napalm Death, like the aforementioned Broadrick, Dorrian quit that band after burning out on punk and death metal. Of course, we all know what happens next. Dorrian channels his love of Black Sabbath and Pentagram by way of his love for really horrible horror films like Tombs of the Blind Dead (“Templars Arise!” on Endtyme), Witchfinder General (“Hopkins, the Witchfinder General” on Carnival Bizarre) and Hammer horror gems like Night Creatures (Caravan Beyond Redemption’s “Captain Clegg”). From its mouldering bones begin to its increasingly bell-bottomed later offerings, Dorrian and constant companion Gary “Gaz” Jennings pretty much defined the scope of doom in the 1990s and on through the new milennium. 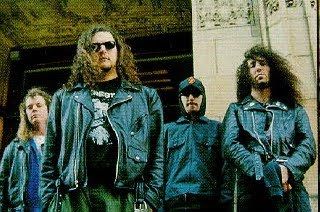 Warrior of Ice
Extreme grindcore demands an extreme drummer and Brutal Truth’s Scott Lewis is a lodestone for extremity. Before being tapped to handle the 'Truth (and later Exit-13), Lewis was the servant of New York warsmen Winter, whose frigid ecological meditations were instrumental to shaping the death doom sound. About as far from blasted beats as you could get, Lewis plowed into the heart of Winter’s mix of To Mega Therion-era Celtic Frost atmosphere and gloom with Amebix-blasted apocalypse crust (that band, of course, had a song called “Winter” on No Sanctuary). So it turns out the planet is destined to fry rather than freeze, but Winter’s end of the world-isms are just as trenchant. That environmental awareness probably didn’t heart when Lewis made the transition to plant-powered Brutal Truth (though lore has it his penchant for byproducts of grain put him at odds with his bush baby cohorts). In a far too common story, Winter never seemed to get their due during their four year existence and Nuclear Blast has let their their sole EP and LP (conveniently collected on one disc) go out of print. But like Otzi the Iceman, Winter remain perfectly preserved in time, a crystalline fossil of doom’s early deathward trudge. 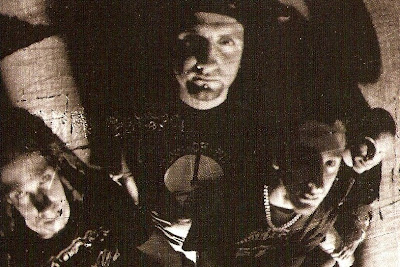 No Fear Before the March of the Eyes of Flame
If I asked to you tick off a list of premier grind drummers, I’d fully expect names like Sandoval, Harris, Witte and Fajardo to immediately come up. But I bet John Haddad would not be the first name to spring to mind, which is fucking shame because there’s not too many people who could ably step into Raymond Herrera’s shoes. After the Fear Factory drummer sat in as a session member on Phobia’s debut EP, Return to Desolation, the Cali-grinders tapped Haddad to man my favorite album from the band to date, Means of Existence. That would be his only outing with the band and after a 6 year period during which not much was heard from Haddad, he resurfaced with Dan Kaufman and Matt Fisher, the musical axis behind the godly Mindrot, in the grumbling and downtrodden Eyes of Fire. The guy seems to have a thing for kick-starting new bands and splitting before the credit rolls in because Haddad left after debut From Ashes to Embers. However, he did reunite with them as an engineer on follow up Prisons, and Haddad’s grind career came full circle in 2008 when he manned the producer’s chair on Phobia’s 22 Random Acts of Violence.

Cerulean Transience of all my Imagined 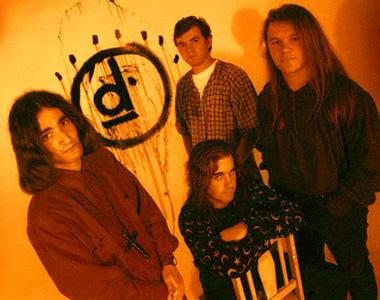 Grindcore
Remember what I said about hipsters swinging from O’Malley and Anderson’s ball bag? What goes around comes around. In addition to fellating Earth’s Dylan Carlson for most the millennia, that pair has also been lovingly stroking Aussies Disembowelment’s shaft. Earth may have birthed the drone, but Disembowelment brought the atmosphere and gloom that shadow Sunn 0))). But before they transcended into the ambient peripheral, Disembowelment started out as a Napalm Death cover band (named Scum, natch) and death/grinders Bacteria. Apparently for drummer Paul Mazziota old habits die hard. Right off the top of the Transcendence into the Peripheral, their sole album from 1993 (available in awesome two- and three-disc versions via Relapse), Disembowelment open “The Tree of Life and Death” with blastbeats. I’m going to repeat that to make sure it sinks in: Disembowelment were a funeral doom band that wrote songs full of blastbeats. Disembowelment may be better remembered for their spooky reverbed guitars, chanted vocals and unique visual aesthetic but their willingness to shatter what by then were already fossilized doom conventions can’t be overlooked either. 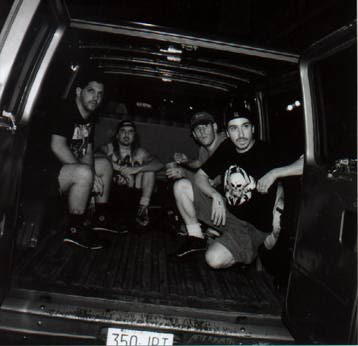 Do Not Deny the First Stage of Grief
Disrupt was the greatest haHHdcore band from Boston not named Siege. Can we all agree with that? Despite its constantly shifting, rent-a-member line up, Disrupt cohesively melded d-beat, scabies-afflicted crust and flashes of grindcore impatience into a pissed bunny hugging kill machine. It was also home to Randy Odierno, who drummed on a bulk of the band’s discography (which if you haven’t purchased from Relapse, then you suck) as well as guitarist Terry Savastano, who was also briefly in the band for a few early EPs. But the duo were doomed to live miserably ever after in sludge mongers Grief, who, along with Eyehategod, pretty much defined crusty, junkie doom. Rather than the flights of fancy – or Lee Dorrian’s flights of Video Nasties – that typically defined doom, Grief never left the crumbling confines of their collectively miserable skulls. Addiction, dementia, misery and depression were the staples of the band’s monochromatic palette. Aptly named Grief, the band’s songs wallowed in such misery it was impossible for them to move at more than a shuffle. 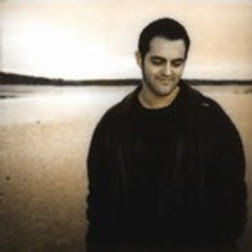 At this point James Plotkin is so well known for his bpm-challenged work with Khanate and Khlyst younger ’heads may not even know the guy was tooling around the Earache stable at the dawn of grind and speedy punk. While not necessarily a grind fixture, musical visionary Plotkin was not averse to speed, whether it was with Old Lady Drivers, who scored a spot on the classic Combat/Earache Grind Crusher comp nearly 20 years ago, or when he recruited human drive shaft Dave Witte to back up slantwise spazz freakazoids Phantomsmasher. Armed with a bent sense of humor and a willingness to challenge grind and punk’s self-imposed limitations, the only constant in Plotkin’s career is his protean willingness to constantly explore new vistas whether it was the punk and industrial poundings of O.L.D., the spazzercized DJ-driven downbeat of Phantomsmasher or the slo-mo meltdown of his recent drone work. Regardless, Plotkin’s work has consistently crushed with the force of a Florida geezer mowing down a farmers market with his car.
Posted by Andrew Childers at 6:51 PM

goddamn i love this blog.

Cheers for the obligatory Broadrick mention. Here we are 20 years down the road and he is still my all-time fav musician not in Pink Floyd.

sludge and doom are the alternative to grind when your brain can't take the blast beat. at least for me it is.

Miserably Ever After by Grief is my regular morning commute music. And I agree with the whole "extremity of speed" concept you got there...it's either got to be incredibly fast or slow and painful for me.

@shane i'd be willing to entertain arguments in favor of converge but they've evolved so far beyond hardcore i wouldn't even lump them in the same pool anymore.

@nickabe57 and i goddamn love you readers.

@vengeance if you did corrupted you gotta listen to some grief.

@206 you're a mind reader. i've always said broadrick and maybe neurosis were the floyds of modern metal.

@jason that's some heavy fucking morning music. you're hardcore. i generally go blast beat to wake up and sludge to close out the day.

@ Andrew Superblogmaster: that Grief album fully represents how I feel about having to wake up at 4:30AM to commute an hour to the world's most poorly managed company. Every day is "one of those days" (oh, snap; yeah, I went there). Once I get some coffee in me, then I usually kick it over to the fast stuff...blasted on my work computer, of course.

I can't commute without grind. My bus stops at every stop and misses every light. It's space out and grind or slowly go mad.

for real. i thought my commute sucked but jason wins this one. and if you ever get tired of grief (as if) also check toadliquor's awesome discog on southern lord if you haven't already. that's some of the blackest, bleakest sludge i've ever heard.

Thanks for the suggestion; I will check 'em out.

Transcendence Into the Peripheral contains the heaviest atmosphere in music.

you totally forgot about john haddad on dead americas "bleed the human heart"! shame! seeing him in action is crazy. it's like batman fighting of zombies at high speed. to bad dead america broke up. their second album was going to be awesome!