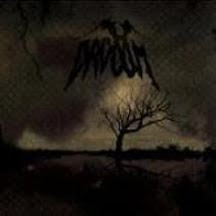 And the word hangs dully in the air of the cell. It is a moment before Fury realises that he is being told a name. And even as he does … it is already too late.

I’m more of a Vertigo guy anyway, but I’ve always been a little vague on where Marvel’s fictional despotic principality of Latveria is actually supposed to be, but I really doubt the Dutch national character was the inspiration for one of comics’ most iconic villains. Those people are just too chill to get all wrapped up in the whole global domination trip.

Unlike the devious genius of the comic pages, this Dr. Doom, who previously shared a split with Collision, crushes with a death metal ponderousness and scattershot grindcore acceleration. This is Clandestine-era Entombed tunes pared down and given a hardcore work ethic for grind attention spans. Blue collar firebrand “Working Class Crusade” might be the only marriage of Bruce Springsteen’s earthy idealism and Repulsion’s danse macabre in the metal lexicon. The breakdown-laden “My Life as a Teenage Materialist” is a sly piss take on religion wrapped in inchoate, near-suicidal adolescent rebellion.” Keys to My Heart” rides the kind of hardcore knuckleduster like Trap Them or Black Ships routinely crank out.

Simple tunes cross-pollinated by hardcore and grind, Dr. Doom are not the flashiest of bands, but they’re solid and enjoyable and worth the occasional listen.

Posted by Andrew Childers at 5:52 PM