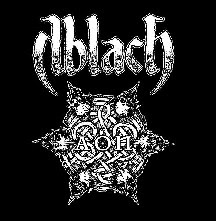 One summer Earl Thorfinn went raiding in the Hebrides and in various parts of Scotland. He himself lay at anchor off Galloway where Scotland borders on England, but he sent some of this troops south to raid the English coast, as the people had driven all their livestock out of his reach. When the English realized that the vikings had arrived, they gathered together, made a counter-attack, recovered all that had been stolen and killed every able-bodied man among them except for a few they sent back to tell Thorfinn this was how they discouraged the vikings from their raids and looting. The message was put in distinctly abusive terms.

The Icelandic saga writers had such a droll sense of humor, don’t you think?
With so many pressing problems that need to be screamed at and blastbeat into submissions, grindcore has very rarely bothered itself with the past or culture or heritage. Instead those concepts have been left to *shudder* folk metal or black metallers who have embraced their Norse heritage with a fervency that just might get them added to a Southern Poverty Law Center watch list one day.
Scots Ablach (which is Gaelic for “mangled carcass,” according to the band) are the square peg in grindcore’s round hole, crafting crusty 90 second lessons on their nation’s history from the first highland tribes to imperial era scuffles with the English.
So the sextet presents us with songs about Scottish farmers being evicted from their land to make way for sheep (“Na Fuadaichean”), apocryphal wedding night rituals (“Jus Primae Noctis”), witch trials (“Confessit & Declait Furth”), and the national love of the fruits of the grain (“Whiskey Violence”). With only 13 songs in 18 minutes, two covers (Napalm Death’s “Unchallenged Hate” and Terrorizer’s “Corporation Pull In”) feels a bit like padding, however. But the band knows its way around a catchy grindcore tune.
The wild card on Aon, however, is the production. The band seemed to be going from an old school Morrisound scooped guitar tone, but instead it all just sounds very hollow and distant, as though there’s a whole channel missing. While it’s not necessarily a deal breaker, I do think it limits Ablach’s reach. That hiccup aside, Aon is a solid debut from a band that’s actually found a unique identity with something different to say.
Posted by Andrew Childers at 7:13 PM