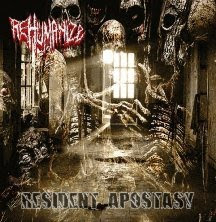 “To me, harmony means forgiving and embracing everybody, and I don’t want anyone to suffer anymore. And if the suffering of little children is needed to complete the sum total of suffering required to pay for the truth, I don’t want that truth, and I declare in advance that all the truth in the world is not worth the price! And finally, I don’t really want to see the mother of the little boy embrace the man who set the hounds on him to tear him apart! She won’t be able to forgive him. If she wants to, she may forgive him for herself, for having caused her, the mother, infinite suffering. But she has no right to forgive him, even if the child chooses to forgive him himself. And if I am right, if they cannot forgive, what harmony can there be? Is there one single creature in the whole world who could forgive or would have the right to do so? No, I want no part of any harmony; I don’t want it, out of love for mankind. I prefer to remain with my unavenged suffering and my unappeased anger – even if I happen to be wrong. I feel, moreover, that such harmony is rather overpriced. We cannot afford to pay so much for a ticket. And so I hasten to return the ticket I’ve been sent. If I’m honest, it is my duty to return it as long as possible before the show. And that’s just what I’m trying to do, Alyosha. It isn’t that I reject God; I am simply returning Him most respectfully the ticket that would entitle me to a seat,” [Ivan Karamazov said.]

Despite – or maybe because of – his reactionary embrace of the Eastern Orthodox church, Fyodor Dostoevsky is the second greatest humanist to ever set pen to paper. (For those of you keeping score at home, Kurt Vonnegut is number one.) Dostoevsky was obsessed with the human condition, particularly the need for mankind to suffer. While his existentialist descendents would shrug off human misery as one more symptom of an indifferent, absurd universe, Dostoevsky’s solution was to embrace suffering, seek it out. Suffering was the penance paid in this life to reap God’s rewards in the next. He developed that religious fervor and obsession with suffering during his four year sentence to hard labor in Siberia for revolutionary activities. Staring down a firing squad will probably force you to drastically reconsider your life like that.

But here’s the thing, Resident Apostasy is a damn good album even if their theology makes me look over my shoulder for the Spanish Inquisition. But if I’m to be intellectually honest, myself, I’m forced to credit the honesty of their convictions as they rage against prosperity gospel hucksters Creflo Dollar (“Creflo $”) and Rick Warren (“Rick Warning”), an area, should they be willing, where they could make common cause with a New Atheist like me.

And theology aside, Resident Apostasy rages no matter which side you’ll take come Armageddon.

The guitars could use a tad more depth and definition, often whirling into a white sheet of noise on the faster songs but the galloping angel horde drums of “Psychopharmacologist” are spectacular. Ditto the doomridden “Planet Laodicea,” which drops the BPMs just enough to be ear candy without throttling all the way down to monotony. Album standout, the apocalyptic wrath of “La Ira de Dios se Manifesta,” cycles through the seventh seal of grind, hardcore and thrash.

Rehumanize are impressive because I’m pre-programmed to reflexively hate everything they stand for, but Resident Apostasy obliterated any objections I may have had, demanding repeated listens and forcing me to assess just how broadminded and honest I can be with myself. And my reward for that introspection is one of the most complete and well written albums of the year.

Hell I didn't even know it was possible for a grindcore band to be christian, I guess christian bands now have no excuse for sounding shitty. By the way, I am a "new atheist" as well.

it's a testament to how good these guys are as songwriters. i was really pissed when i bought this without doing too much research and found out not only were the christian, but obnoxiously self righteous preachy christian. but i listen to this thing constantly. i rotate what's on my mp3 player usually weekly but some albums i've just never swapped out: discordance axis, wormrot, blood i bleed, attack of the mad axeman and now rehumanize.

I don't care what they are preaching about as long as they are pissed and want to get their point across. This is solid grind, if somebody has problem with the christian part that's dumb. I would consider myself a christian deist, but that doesn't stop me from listening to deicide.

An infidel myself, I can still listen to Xtian stuff on the rare occasions that it isn't fucking awful. I mean, I have plenty of Satanic music, but I don't believe in that, either.

I think the only ideological lines I simply refuse to cross with music are the ones around racist/NS stuff.

Hey, some of the guys in Vulgar Pigeons (and Benumb, maybe?) are open, devout Xtians. Anyone who avoids them for that reason is an idiot.

i think it's interesting you guys are able to separate the music from the lyrics. that's something i've never been good at, even when i can't understand what they're screaming. i think it's a hold over from my pre-metal days as an angry leftist poli-punk. benumb/vulgar pigeons may have been religious, but they didn't have too many songs about unitarians burning in hell for worshiping god the wrong way.

but this brings up an interesting point... what kinds of things do you draw the line at?
for me, it would be satan (slayer, possessed excepted) and religious diatribes, racism and the more obnoxious aspects of the gore movement.
thoughts? i'm genuinely curious.

I'm pretty alright with Satanic bullshit. Gory stuff I'm ok with in general. Christian lyrics/themes I treat as negatives, but some bands are able to overcome them. Very few, though, haha.

I will draw the line at racist/homophobic stuff squarely. Misogyny can put me off, as well, if I don't get the feeling that it's somehow abstracted. In other words, I understand that ANb don't actually think women are to be abused (at least I'm fairly certain Kat doesn't...).

Oh, also, I draw the line at right-wing political stuff.

See, with the Satanic stuff and the murder fantasies it's all just castles in the sky. It's just fun bullshit to yell and maybe if you're really high it's allegory. But when bands get political, I avoid stuff I disagree strongly with. They're talking about the real world.

I think satanic lyrics are funny b/c it's stupid to me, but i also think rehumanize idealogies are over the top and intolerant. Left wing politics are usually bullshit to me( my ideals are along the lines of ron pauls platform), but that's all the music I listen to. The gov't pisses me off, but it's both sides. I don't really draw the line anywhere that i'm aware of, I'm all about the riffs. I rarely read the lyrics.

Been waiting for someone to review this. If the music is good, I'm game. Whether it's satan, god or torch-to-face-reconstruction, lyrics are basically bad poetry. It's best when you cannot make them out through the grunts and growls.

206 did i mention the really obnoxious, intrusive samples?
but the music is first rate.

That might be the deal breaker. I will check out their myspace though. You tend to like good tunes, so it should be worth the effort.

Christian grind/death/black metal is fucking weird, straight up. Spirit filled hardcore though, now THAT'S an ethos to get into. I love me some Christian hardcore. There will be a post about it eventually.

Just the mere thought of "Jesus Christ Hard Core" makes me chuckle like the first time I got high.

I believe Jesus Christ Hardcore was directed by Bob Guccione Jr. back in '77.