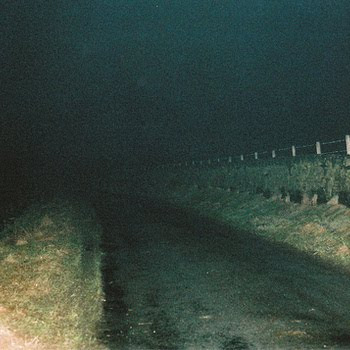 Detroit
PusherGrindcore Karaoke
I fucking hate Detroit. Seriously, I hate Detroit with a cultivated loathing that I acknowledge is most definitely irrational and probably unwarranted. It doesn't matter because I hate everything to do with Detroit.
Oh, I don't mean this Canadian power violence band; they're cool. No, I mean I hate Detroit the city. And when I say I hate Detroit the city, what I really mean is I HATE the fucking Red Wings. Words are not adequate to convey my antipathy. Whole new lexicons of profanity would need to be birthed to express the depths of that nuclear furnace hatred. The eternal debate among St. Louis Blues fans is who we hate more: Detroit or Chicago. Old timers will spin epic yarns of bench-clearing brawls with the Blackhawks from the '70s and '80s, but for those of us a little younger, it's hard to ignore the last 20 years of failure and defeat at the hands of the fucking Red Wings. And the fact that Detroit doesn't even view it as a rivalry only stings more.
But none of that has anything to do with Detroit the band. It's not their fault their chosen appellation is such an emotional trigger for me. However, I'm betting their any-era hardcore shit fits will probably serve as an adequate emotional purgative for everyone else. The five song slugfest that is Pusher slams you with the force of a T.J. Oshie bodycheck. The guitars have a glorious, serrated heft to them as the feral yowling encapsulates the essence of post-adolescent anomie and frustration. Detroit have paradoxically grown by slimming down since their last demo. The 45 second songs just feel tighter and more pinpoint. Rather than trying to jam two or three movements or emotional points into a song, Detroit focus on nailing one perfect moment and then letting it go free when it's run its course on songs like the throttling "White Walls//Good Child" and hammering opener "Smith."
In fact, as I sit here writing this, Detroit perfect encapsulate my rage the morning after St. Louis lost a bad game to the Red Wings. Again.
Oh look, another loss to Chicago too. Now I don't have to chose. FML.
[Detroit (the good Detroit) sent me a download.]
Posted by Andrew Childers at 6:56 PM

you laugh but this moment still scars me a decade later.

what a bad goal. just gave it to him.

A bit indifferent to the West, but I can't deny watching Datsyuk is one of hockey's greatest joys. I've become quite partial to your blues, but the Sharks are my team over there (my name is joe, so i can't NOT root for "jumbo' Joe.

Besides all of that, this band looks quite good; I'll have to check it out.

pfffft that was nothing. blues have given up way worse goals.

and that's why i hate san jose. that and the david perron hit.

so you can see why blues fans jealously guard our inferiority complex?