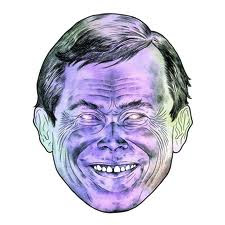 Melted CassettesThe Real Sounds From Hell RecordingsMind Flare
Musicians, in general, have been pledging allegiance to and their preference for Hell since Robert Johnson put his soul up on the auction block with Ol' Scratch. Metalheads have made their satanic proclivities central from the first time Ozzy wheezed into a mic, but very few artists have ever approximated the agony that defines their preferred spiritual destination as well as Melted Cassettes, whose evocative name hints at the sulfurous electronic immolation that awaits with The Real Sounds From Hell Recordings. These guys must have season passes to Hell's greatest attractions because that's the only way to explain the demoniac accuracy of their tortured audio assault.
Playing spot the influences will likely turn up traces of the spoken word passages from Altered States of America, Steve Austin's slit wrist confessional vocals and the kind of nightmare fuel David Cronenberg thought was too crazy to film. However they arrived at it, Melted Cassettes torture and abuse electronics for your amusement like a binary Grand Guignol spectacle for the Internet age. "Shining Figures" is a tour of a desolate silicon wasteland made poisonous by toxic electronic components. "Pushing Buttons" is the kind of dance music played on whatever alien vessel abducted and probed the shit out of Gigantic Brain. And after listening to "Razed From the Bottle" I want to know why Winters in Osaka and Body Hammer never told me about the time Clive Barker asked them to soundtrack his Saturday morning children's show.
Too often electronic-based music is cold and impersonal, lacking that vital human element. But Melted Cassettes works on an disturbingly intimate emotional level. It has an unhealthy drive, burrowing into your soul like a psychological chestburster planting seeds in your soul. Hell awaits.[Full disclosure: Mind Flare sent me a review copy.]

Posted by Andrew Childers at 6:32 PM

I am definitely grabbing this one, thanks for the review.

Remember the "Siberian sounds from hell" or whatever that audio track was called? I first heard it on a "coast to coast am" podcast. Good podcast, this, one of the truly bizarre ones out there.