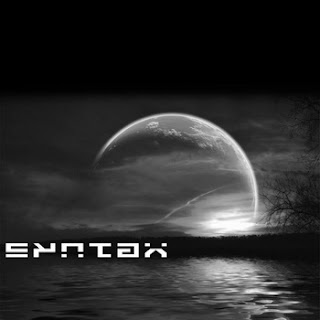 Syntax
Demo 2012
Jon Chang told me Discordance Axis wanted first album Ulterior to be the record Napalm Death should have made after From Enslavement to Obliteration. Syntax seem to be leaping into the breach to pen the songs that Discordance Axis would have recorded immediately after Jouhou had the band not imploded for two years.
Most noticeably, Syntax have shelled out for a better recording session compared to their 2009 demo. This outing is sonically strong even if the guitars occasionally get overwhelmed by the banshee screeching and wrist-wracking drumming, but that’s the most minor of complaints because the energy level is exactly where it needs to be with this kind of grind. With five songs in as many minutes, Syntax are not belaboring their point either. The songs are involved and memorable without wallowing in technique and the noisy, trebly sound gives it all a sharpened edge. The drum rolls that anchor “Silence” were a particular highlight. The chopping guitar keen of “Shape Shifter” nods back to Discordance Axis’ "Eye Gag" in a fun way, but it also highlights just how indebted Syntax are to that band.
Right now, the only limitation on Syntax is that their influences are just too obvious. If they can use Discordance Axis’ gravitational pull to slingshot themselves into the unexplored reaches of the cosmos beyond “Ikaruga,” then they’ll really be on to something powerful.
Posted by Andrew Childers at 6:35 PM

Could use a bit more separation between guitars and drums to really capture that Jouhou sound, but yeah, this is pretty great.

I agree that they sound a little bit too much like DxA, but they're killer nevertheless. Looking forward to grab a release of theirs in vinyl.