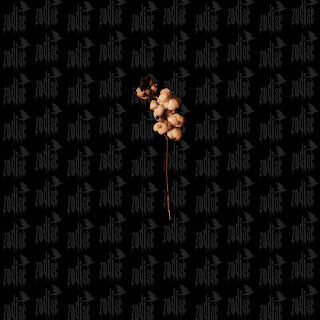 Zodiac
Menschenstaub
7 Degrees
Menschenstaub is that rare album that seemingly does its job competently and with aplomb, but still leaves me feeling disappointed because it rapidly evaporates into nothingness. Crusty death punks Zodiac, musically, are custom built to tick off everything that sets my neurons a-tingle, but on Menschenstaub (People Dust) seems to slip from memory the second it's over. Is there some bizarre category of good albums that just don't quite succeed despite being perfectly acceptable?
The Germans hybridize fellow countrymen Keitzer and Audio Kollaps, pairing the former's Bolt Thrower chug with the latter's crusty grind. That forms the spine of Zodiac's attack, but then they dress it up with a patina of various metal flourishes, some successful (the early At the Gates swirl of "Genullt"), some less so (the pointless electronic twaddle at the end of "Abwesenheitsnotiz").
That protean nature means Zodiac never give themselves over fully to any particular musical impulse. But even with the myriad styles at play on Menschenstaub, Zodiac keep them all balanced and in check. For all that though, the band actually leaves very little impression. Menschenstaub is absolutely enjoyable when it's contributing to my inevitable tinnitus--the guitars are wonderfully thick, the vocals are deep and pissed and the rhythm section is tight--it seems to evaporate once the ten songs are over and nothing stands out in particular. I can't even pinpoint what makes it ephemeral (maybe it's only me), but I'm looking for something more memorable from them.

[Full disclosure: 7 Degrees sent me a download.]
Posted by Andrew Childers at 7:19 PM