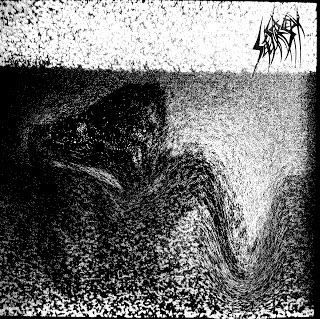 Sete Star Sept
Vinyl Collection 2010-2012
Fuck Yoga
Sete Star Sept's vinyl retrospective is not an album. It's a fucking endurance contest. Submitting yourself to 99 tracks of pure audio chaos is like sequentially running a marathon, competing in an iron man contest and then shimmying your way up Mt. Midoriyama. In a wilder and more primitive time, young boys would have skipped all that ritual mutilation, dream quest and hunting trophy bullshit and proved their masculine mettle by sitting through all 75 minutes of this record in a go.
What I'm trying to say is that Sete Star Sept's insane noise grind is not music. It's an experience. It's a bludgeoning phase shift that can, through pure sonic whiteout, force your brain into an altered--if not exactly heightened--state of perception. The deliberately obscure Japanese maniacs whip up a tympanum-rupturing racket that sounds like the infamous Discordance Axis/Merzbow live collaboration being sexually menaced by Gore Beyond Necropsy in some sleazy back alley with no hope of escape. The only contemporary band that comes close to this level of musical confrontation is thedowngoing.
Conventional notions of good or bad are completely inapplicable to Sete Star Sept's idiosyncratic noise. There will be plenty of hardened blastbeat heads who just won't be able to hang with the suffocating noise compiled here. I bet this stuff kills in a five to 10 minute bursts, but subjecting yourself to the album in its entirety will leave you beaten, bruised, sweaty and feeling hollow. Some, like me, may grow to enjoy the sensation but this just isn't a record i seeing gaining wider currency among the grind audience. The five minutes of sustained noise they pass off as "Confession Machine" is particularly piercing. All of that said, I guarantee you that you've probably never heard music that was this indifferent to conventional song structure or audience enjoyment. The target demographic for this one is going to be extremely limited, but if you have any pretensions of appreciating extremity in music, this is a band that needs to be front and center on your radar.

[Full disclosure: the label sent me a download.]
Posted by Andrew Childers at 7:29 PM

Though it may not sound like it listening to this, Kiyasu is a genius and one of the most intense drummers i've ever had the pleasure of being in a band with (earliest incarnation of The Endless Blockade)

wait, Wait, WAIT.... after all these years i just now find out you were in the endless blockade? why am i always the last person to learn this shit?

intense yes, and I also like the free (like in free jazz) elements in the drumming of Kiyasu.

I'm not very good at cheer leading for myself.

Kiyasu is a fairly diverse musician; he was given lessons by Pill from Lip Cream in the early days of his playing and he's performed with Keiji Heino a number of times.

Free Jazz is probably the biggest influence i hear in SSS