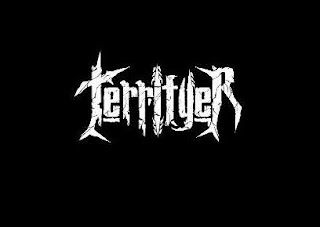 Terrifyer
Wreck
Self Released
At first blush, you'd be forgiven for thinking some enterprising Sherpa had humped a load of Pig Destroyer records up Mt. Everest. However, throw on this Nepalese band's four song EP and you'll get lacerated by the rough edges of songs that sound like they could be long lost Excruciating Terror demos redone with guttural death metal vokills. There's that same jagged edge metal sound and snotty punk soul that underlined the Californians' early efforts.
Wreck is all about bass, guitar, drums and rasping/grunting vocals hovering in perfect punky balance, slamdancing into each other but still giving each the floor space to make their individual impact felt--the opening drum artillery and the bass break that trawls the downbeat midpoint of "Urban Wasteland" are both particularly choice. And each of the four songs is some variation of that, dive bombing across your speakers in two minutes or less and delivering tactical strikes to the grind-oriented pleasure centers of your brain. Terrifyer's compositional chops also remind me a skootch of Sakatat, though they're nowhere as amped and frenetic as the Turks were. But give it time. This is definitely a band I'd want to hear again with a little more growth and some confidence in a studio.
Wreck is available free for all from the band's Facebook page and it's certainly worth the five minutes it will take to invest in grindcore's very own Tenzing Norgay; hopefully Terrifyer are the first of many Nepalese bands to reach their particular summit.

[Full disclosure: the band sent me a download.]
Posted by Andrew Childers at 6:30 PM