Ah the countdown list. No one is immune. There is a secret (or rather obvious) collector nerd hunkering in every serious metal head. I have no shame when I say endlessly rearranging my albums is the joy of my existence. Some go the alphabetical route, but I prefer filing by genre, subgenre, band and then year of release. It’s the grouping of bands that brings me the most joy.
But even beyond endlessly rearranging our intricately filed collections, metal nerds love to argue who was the greatest. In that spirit G&P brings you this list of the 13 greatest, most groundbreaking or just otherwise exemplary bands that created, shaped and continue to prod grind forward. Why 13 instead of 10, you ask? I will not be a slave to the cheap numerology of round numbers. That and I just couldn’t bring myself to cut anybody from the list. So let’s do this thing. 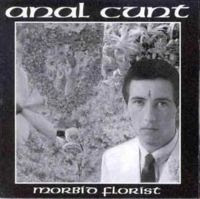