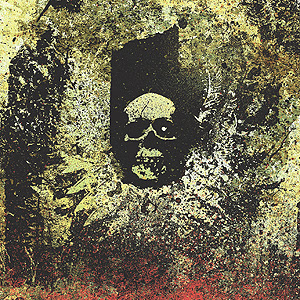 The Great Deceiver
Life is Wasted on the Living
Deathwish Inc.
Tomas Lindberg, the hardest working man in metal, managed to drop this raging slice of experimental hardcore in between exhuming At the Gates for a series of festival dates and recording a new Disfear album.
With his umpteen projects, how is it Lindberg’s creative paths have yet to cross with those of attention deficit drummer Dave Witte?
Life is Wasted on the Living sees a reinvigorated The Great Deceiver hauled out of dry dock for its fifth release and first output in three years.
Anyone who was turned off by 2002’s overly poppy and meandering A Venom Well Designed would be well served to give this Swedish threesome another listen. Though short a rhythm section, guitarists Kristian Wahlin (who shredded in At the Gates precursor Grotesque) and Johan Osterberg, who also swap bass duties, remember to lay a hardcore foundation under their trademark swirly guitar leads.
Until hordes of violin toting hardcore kids endlessly ape The Red in the Sky is Ours, Slaughter of the Soul will remain the go to album for melodic metalcore bands looking to swipe a riff.
But Lindberg and Co. spare that landmark yet another uncomfortable hardcore reacharound. Instead, Life is Wasted can comfortably snuggle up next to In Flames’ electronics flecked Clayman.
Though the Deceivers are in fine form this outing, Life is Wasted is not with out its occasional, staggering miscue, such as the embarrassing lyrics of the overlong “Discontent.”
When a decade’s benefit of hindsight, “I feel my soul grow cold/Only the dead are smiling” does have a vaguely emo-ish vibe to it, but ATG ripped despite a few lyrical miscues. However, there’s absolutely no excuse for as talented a frontman as Lindberg to puke out such dreck as “For my art and my freedom/ I will gladly endure/ Until the end.” Leave that for the sissies with anime haircuts wearing girl pants. You’re better than that, Tompa.
Thankfully the band correct course on scorching album closer “21st Century Heartburn,” a scathing thrash/hardcore outing that sums up the best these scene veterans have to offer.
Posted by Andrew Childers at 6:21 PM

Labels: hardcore, life is wasted on the living, reviews, the great deceiver