From Blastbeats to Breakdowns and Beyond: A Partial Dave Witte Discography

There’s a very short list of artists whose copious body of work I will follow religiously, picking up new projects sight unseen (sound unheard?). I will fanatically hunt down albums featuring Scott Hull, Jon Chang, Justin Broadrick, Mike Hill or Stephen O’Malley. But the only drummer to hold that honor is Mr. Witte, the Takashi Miike of metal. Unfortunately for fans, the guy’s got a musical rap sheet that would make John Gotti blush. Here’s some selected highlights from Witte’s back catalogue. 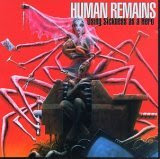 Human Remains
Using Sickness as a Hero
Relapse
1996 (Reissued in 2002 on Where Were You When)
Where were any of us when Human Remains were rewriting the death metal/grind template with off kilter songs and truly bizarre movie samples? Coming up on the band’s 20th anniversary, the New Jersey collective’s deliberately original blend of death, grind and out of nowhere guitar scrapes and skronks has yet to be matched.
Swapping tapes with bands around the world, Human Remains quickly became bored with the cookie cutter, Cookie Monster vocalled death that was quickly ossifying into the strictures we know today. So they gave metal a much needed colon cleansing with an enema of carnivalesque guitar work, redonkulous speed and throaty vocal assaults that steered clear of the typical death metal lyrics in favor of horrors more cerebral.
As seems to be a pattern with Witte’s early work, Human Remains never seemed to capture the popular imagination during their brief lifespan, but the band has earned a place as forward looking visionaries in the decades since and Relapse’s rerelease of their discography guarantees them a shot at metal immortality. 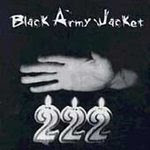 Black Army Jacket
222
Reservoir/ Chainsaw Safety
1998
All apologies to Man is the Bastard, but powerviolence was not strictly a West Coast phenomenon. New Jersey’s Black Army Jacket admirably flew the flag of up tempo, gnarled hardcore for those of us living on the right hand side of the country during the ’90s.
Black Army Jacket was the hardcore outlet for a guy who was already sending metal and grind ass over tea kettle with Human Remains and Discordance Axis, respectively. 222’s songs swarm like a pack of feral pitbulls running down a kitten, just a relentless assault of gruff vocalled punk that hit and ran at near-Discordance speeds.
And for those of you curious as to what’s on Mr. Witte’s mind, grok “When I Can’t See You are You There?” featuring a rare lyrical and vocal cameo by the drummer. 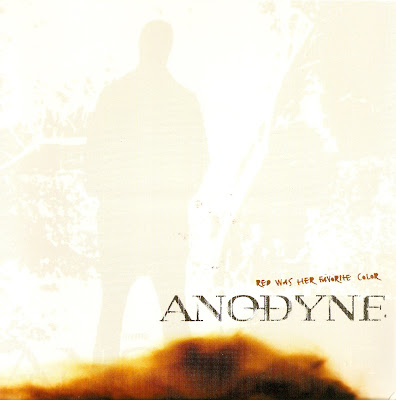 Anodyne
Red Was Her Favorite Color
Happy Couples Never Last
1998
Second generation noise rock misanthrope Mike Hill tapped Witte to man the throne for this EP when the band was between the drummers. A Charles Manson cover and three Hill originals gave Witte a chance to back off the BPMs and remind the world he can really drum. As in, the guy knows how to employ restrain and understatement if that’s what a song calls for.
Red Was Her Favorite Color was re-released on the Anodyne compilation The First Four Years, including Witte’s only known guitar credit to date, playing a “solo” on the song “Persuasion.”
Hill tapped Witte again for the first lineup of what would later become Versoma, and though the two never recorded together in that project, they are reuniting this year in the powerviolence band King Generator. 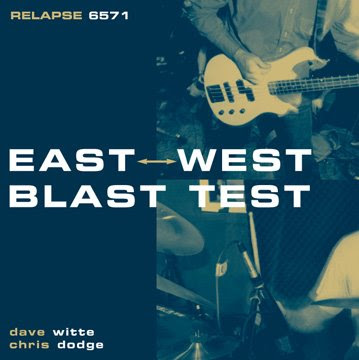 Slap-a-Ham (Reissued by Relapse)
2000
East-West Blast Test is almost more famous for how it was recorded – Witte recording drum tracks in Jersey and then mailing them off to the West Coast where Spazz-oid Chris Dodge recorded guitar lines, perfecting the songs via tape trading – than the actual music itself. But don’t be mistaken; their chattering update on the powerviolence sound contained 45 second bursts of creative insanity wrapped in breathless acceleration. This album shows that not only could powerviolence rupture your tympanum, but it could you challenge you intellectually as well.
When the duo reunited in 2006 on Popular Music for Unpopular People, that’s when things got really weird. 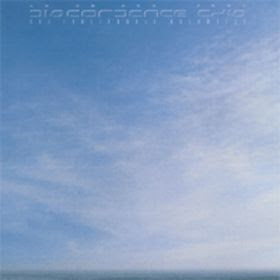 Discordance Axis
The Inalienable Dreamless
Hyra Head
2001
If this doesn’t have a privileged position in your collection, you’re reading the wrong fucking blog. Witte, Jon Chang and Rob Marton dragged grind across the Pacific and gave it a glittering neon Tokyo sheen. Sleek the is the first word that comes to mind when trying to described the bassless trio’s rapid, slashing assault on conventional songwriting. And for their, sadly, final album they pushed grind to its limits, marrying blastbeats to some of the most intense, emotional and deeply honest lyrics in metal, all wrapped up in the metaphors of anime, manga and video games. Though the band never got the attention it deserved during its on again, off again existence, time has been kind to Discordance Axis, who now rank as one of the most revered and seminal bands in grind’s second wave.

Ipecac
2002
Yes, Witte can ratta tat tat the high BPMS like nobody’s fricken business, but lost amid the guy’s blinding speed and hectic fills is the fact that dude knows how to contribute to songs as a whole. Handpicked by Old Lady Drivers’ James Plotkin for this experimental instrumental ensemble, rounded out by DJ Speedranch, Witte only sacrifices a fraction of his speed to complement Plotkin’s left field songwriting and Speedranch’s shuddering electronic freakouts. Songs lurch along with slantwise rhythms and sputtering time signatures on an album that slots nicely next to the truly bizarre second East-West Blast Test album. 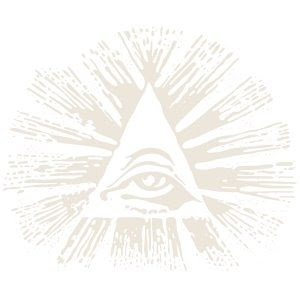 Burnt by the Sun
The Perfect is the Enemy of the Good
Relapse
2003
Finally shedding their early Coalesce-isms, a slimmed down four piece Burnt by the Sun perfected metalcore on their second full length. The Jersey quartet, reuniting Witte his song writing partners from Human Remains, not only melded hardcore bark with metal arrangements and progression, but also managed to be political without the mere recitations of “This sucks” that have plagued punk and metal for nigh on thirty years. Instead, frontman Mike Olender casts his keen eye on the intersection of the political and financial sectors to trace the paths of power that covertly influence all of our lives. The band has already written five songs on its much delayed third album after Olender and Witte took a hiatus from the group, so with a little luck, the new platter could be in our hot little hands by the end of the year.

Hope Collapse
Year of the Leper
Inkblot Records
2005
After Black Army Jacket hung up their coats, three-fourths of the band staged a mini reunion, blasting out this rampaging thrash/metal/grind amalgam.
You know exactly what you’re getting just reading the band’s list of influences: Terrorizer, Assuck, Repulsion, Siege, S.O.B (Hey it reads like our countdown of the greatest grind albums of all time!).
We all know Witte is a master blaster, but Hope Collapse lets him show off his impressive double bass work, a side of his playing he shows off all too infrequently. His blasts, rolls and fills anchor a head snapping, horn throwing collection of thrashed out jams. And rumor has it the band actually plans a sequel though Witte calls that “news to me.”
More infectious than a flesh eating virus, once Year of the Leper’s cold steel pierces your flesh you’ll be pleasantly scarred for life. 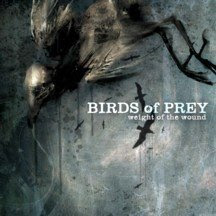 Birds of Prey
Weight of the Wound
Relapse
2006
Someone at Relapse must have realized that counting on Cretin to hold down the retard-core front (15 years to record a debut? Sheesh) may not be the strongest bet, so they hedged their meathead music portfolio with this collection of Southern metal all stars.
Witte anchors an ensemble of some of Virginia’s most talented musicians through an exercise in Southern fried death metal topped with heaping helpings of lonely chef’s special sauce. A combination of the Troma Films catalogue and Faulkner’s Southern grotesquerie, Birds of Prey is inbred, cretinous fun. 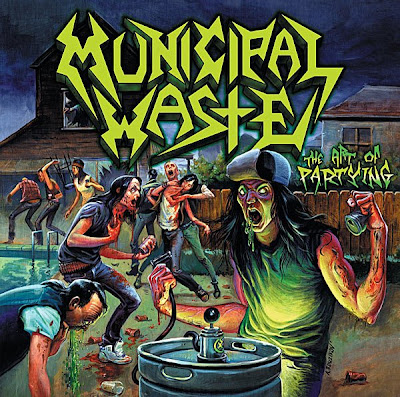 Municipal Waste
The Art of Partying
Earache
2007
For the last few years, thrashin’ has been Witte’s business. And business has been good.
It’s a match made in skater heaven, Witte holding down the fort for a pack of retro goofballs for whom thrash means Corrosion of Conformity, Suicidal Tendencies and DRI rather that Metallica, Megadeth or any of the other major label that dragged the sound down into the hell of platinum album sales, rampant addiction and questionable therapy sessions caught on film.
Instead Municipal Waste hold down thrash for the heshers who have patched up denim vests in their closets and a lasting affection for headbands. With songs about partying, zombies and partying zombies, Waste deflate today’s overly serious metal scene while still remembering to invest the time to write well crafted songs guaranteed to get a pit started, even if it’s just you moshing around your bedroom alone.
Posted by Andrew Childers at 12:57 PM

Dammit, Childers, you always have good ideas a year before I do! But I had the better title...