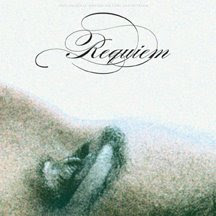 Scott Hull’s first stab at a movie score, dropped by the filmmakers, will see the late of day courtesy of the Agoraphobic Nosebleed/Pig Destroyer banger’s backers at Relapse.
Requiem, written in 2006 as the soundtrack to an independent film but never used, shows Hull flexing his musical muscles and thinking outside of the grind sandbox for a more relaxing, emotional and ambient experience. It’s no secret the guy’s a film buff, hanging out with artiste Matthew Barney and name dropping ’60s psyche filmmaker Alejandro Jodorowsky, There’s certainly no denying the cinematic quality his brings to his own projects, especially Pig Destroyer’s stalker diary narrative screeds, especially with the addition of noisemeiser Blake Harrison.
But if you’re looking for 90 minutes of Nosebleed blipcore soundtracks for the greatest action film never made, you’re gonna be disappointed. Take a look at Hull’s friend list on his new solo MySpace page: famed composed Ennio Morricone claims the number one spot while experimental musicians Robert Rich, Steve Moore and Zombi also score front page shout outs. The samples he posted are ambient, meandering bits of surprising melodicism from grind’s foremost spokesman for shock and awe guitarmageddon. Sorry, grinders, but despite the promising title “Shootout,” the track is actually a really relaxing bit of southern twanged Floyd worship that could have been a deleted track from Meddle or Obscured by Clouds.
“This wouldn't really have been my FIRST choice as a solo artist to release, because it was music written for a specific purpose, so I don't REALLY consider this a solo record.” Hull wrote on his MySpace blog. “But I hope some of you out there can get into it.”
Requiem drops June 10 via Relapse. 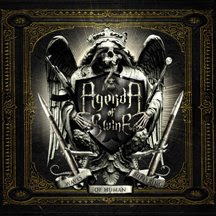 The sameday Hull’s solo debut drops, Relapse will finally let Agenda of Swine’s debut, Waves of Human Suffering, see the light of day. This is the first album from the Bay area band featuring Pete Pontikoff and John Gotelli of Benumb fame. 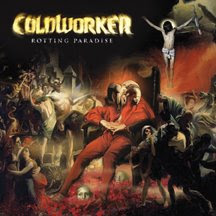 Next month will also see the release of Coldworker’s second full length, Rotting Paradise. While I was not thrilled with Anders Jakobson’s decision to put out Doombringer, Nasum’s live album, I gotta admit I’m stoked to hear what he has to offer with his latest outfit. The Contaminated Void was a little rough around the edges as Jakobson assembled a supporting cast of extremely young musicians for the latest outing, but the effort showed promise. With a couple extra years to mature and gel the ensemble could be on the verge of unleashing great things. We’ll find out May 13.
Relapse will also be reissuing albums from Cephalic Carnage, Coalesce and Bloodduster with all new artwork in the coming weeks as well.
Posted by Andrew Childers at 10:37 AM