Blast(beat) from the Past: Selfhate 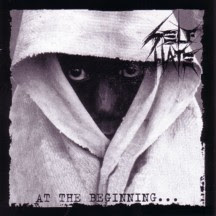 Selfhate
At the Beginning God Created Fear
Selfmadegod
1998
Self Hate did for Polish grind what Vader were for the country’s death metal rep. At the Beginning God Created Fear is a remarkable time capsule of mid-’90s grind, a cross pollination of Scum and Jouhou that rolls in Horrified’s signature rattling bones and open grave fetor production style.
At the Beginning God Created Fear is a time capsule from an era when grindcore was still a jumped up hybrid of thrash and hardcore that had yet to firmly establish its boundaries and rules. Self Hate lard their blast beat onslaught with nods to European thrash that could have been swiped from just about any early Kreator album such as the stop, start cymbal grabs of “Na Naszych Oczach” or the double kick pitting of “Exterminacja.” At the same time, At the Beginning straddles the line of what we would consider modern day grindcore as Self Hate staggers through the alternating vodka stumble and exfoliating blast wail of “Mundurowe Swinie” and brute bullishness of “Experyment.” “Zaraza” even plays out like an extended, two minute cut of Discordance Axis’ “Dystopia,” complete with Jon Chang bitch screams.
Poland has proven itself to be a grindcore powerhouse in the 21st Century looking back with trad bruisers like Exit Wounds and laying claim to new terrain with grindonauts Antigama, but the country’s contributions to grind go back even further with Self Hate holding a proud place as gatekeepers.
Posted by Andrew Childers at 7:58 PM

Labels: at the beginning god created fear, blastbeat from the past, grindcore, poland, selfhate, selfmadegod

Where can i download this album??I tried finding it but no luck.If you know please respond

no clue where you could download it, but you can order it through just about any distributor. relapse and interpunk both stock it, i know. or you could go straight to selfmadegod.