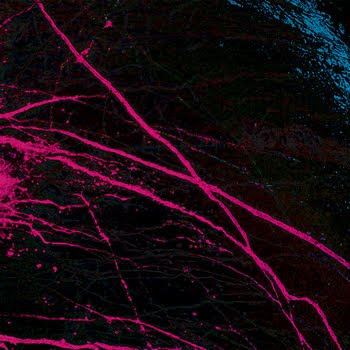 Crab Smasher
Thick Mosquito Sky
Self Released
Living in the mid-Atlantic, people around here take their crabs pretty fucking seriously. In fact, my oft stated for preference for the sweeter, larger and more satisfying snow crab over the native beautiful swimmers is noted by acquaintances as just one more datum in a lifetime of local culinary apostasy.
So to have Australian audio alchemists Crab Smasher cross my musical transit had me intrigued for the name alone. Far from the musical pastures where I typically graze, Thick Mosquito Sky is choked with insectile waves slow moving electronic apocalypse, ambient astronomy and lapping waves of curlicue guitars. The album stumbles along like a heavily sedated Mogwai, the interludes between Minus the Bear songs stretched to the limits of their tensile strength or something already remixed by Justin Broadrick
The whole experience slithers around your pineal gland like hypnotic waves of an electronic ocean breaking against a faintly heard shore of traditional instrumentation. The ghost in Crab Smasher’s noise making machines is post-Barrett/pre-Dark Side of the Moon Pink Floyd (think Meddle) being slowly spooled out like a kitten with a ball of yarn, particularly on the stunning, understated and damn near subliminal “Europa,” which creeps up on you over its seven minute running time, building just shy of rocking the fuck out. It’s absolutely the sort of piece I’d point on endless repeat right before drowsing off in a comfy chair. Whle “Deep Water Attack” reaches near-blasting speeds and “Digging a Hole in a Dried Up Lake” crackles like a theramin played with a ping pong ball, those are the exceptions in a generally sedate 40 minutes of so of musical trance induction.
Not something I’m going to be jamming on a regular basis, but definitely a cool addition to my small collection of chillout music.
Crab Smasher is Bandcamped out here if you’re intrigued.

[Full disclosure: Crab Smasher provided me with a download.]
Posted by Andrew Childers at 6:36 PM