The Third of the Storm 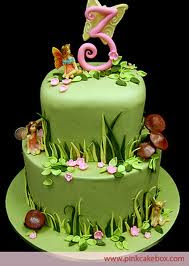 This post is about to get false in a hurry, so don’t say I didn’t warn you.
If I may quote the Chairman of the Board: Fairy tales can come true, it could happen to you if you’re young at heart.
Happy third birthday, G&Pers. It seems like only yesterday my little blog was mewling and puking on itself, trying to figure out what it wanted to be and where it was going and now look at it all grown up. The very fact that it’s a largely grindcore-focused blog is actually an accident. I wanted to call it Notes from Underground, after the Dostoevsky short story, and make it more generally metal oriented, but that name had been taken several times over. So I turned to Crime and Punishment for inspiration and… voila… the world’s crappiest blog name was born. It’s probably the smartest accident I’ve ever had and I've come to accept it for what it is. Working within self-imposed limits can often be beneficial, even liberating. That quirk of naming has allowed me to really zone in on what I continue to love about grindcore at the expense of pretty much every other genre in my growing musical collection.
And so thank you to all of you for tagging along for the ride, sharing this with me and contributing. Without your participation this wouldn’t nearly be as much fun. (Even those of you who still dispute Sayyadina is the best Swedish grind band working today.)
So indulge me while I take a quick moment, in the words of Sinatra, to appreciate the fairy tales that have come true for me. Never in the first 18 months or so of blogging that it took me to really find my voice would I have ever dreamed of the remarkable things that have happened to me through G&P. I’ve met some amazingly kind and knowledgeable people and interviewed some truly fascinating artists. As for personal milestones in the last year or so, I got a shout out in a Parlamentarisk Sodomi thank you list, inadvertently helped my favorite new band get signed and even got namechecked on Wikipedia (twice, actually!) and in Decibel.
All that still blows my mind when I think about it. Ok, so it doesn’t quite rank with changing jobs, getting married and buying a house during pretty much the same period, but the young at heart me, the part that still thinks I’m 16, is totally fucking jealous.
Facing the blog's fourth year of existence, it’s time to take stock. Weigh in on what works well, what can be improved, things you’d like to see more or less. I’m trying to figure out what to try next, so whatever feedback you have would be appreciated.
Posted by Andrew Childers at 6:54 PM

Congratulations, and may you blog many more grindcore reviews. As for me personally I love the Conversation Starters posts you do, they add another depth to the blog and personally would like to see more of them.

Well, congrats, man (um, also for that whole getting married deal), and I wish you many more blastbeats and relevant wikipedia-entries!

Can't say that I have any special suggestions at the moment. You know the drill; still not loud enough, still not fast enough! ;)

The "Even those of you who still dispute Sayyadina is the best Swedish grind band working today" comment got me thinking that I would find it interesting if you were able to produce some kinda of grind zeitgeist barometer as a side bar. Yo see, your blog helped me to expand my tastes in grind (which was previously limited to ND, Carcass, Pig Destroyer, Brutal Truth and Nasum) especially when I discovered "The Dirty (Baker's) Dozen". That's fine for classics, but it would be great to see who you consider to be the current top acts. Just a thought.

But really, if you keep up the excellent writing and exhaustive attention (I dunno how you have time for any metal but grind) I will continue to be a loyal reader.

miskatonic, ya got my hamster wheel a-spinnin'. i think i may be able to do something with that. thanks for the idea.

Maybe now you can fanagle your way into MDF this year gratis so I can drop a congratulatory comment right on that computer-tanned face of yours.

Wait, shouldn't you be out celebrating by listening to every DA album twice on the roof of your house with an axe or something?

G&P record label only putting out vinyl, cassettes and of course the print version of this zine. But that's just a dream.
I'm with Alex, we need a grind symposium at MDF next year.
Oh PS. Southeast Asia needs on spot on your It's A Grind World column.

Congrats, dude! (For having an actual life as well as an excellent blog, as Zmaj mentioned.)

I've been really big on using tournament-style brackets to rate things lately; what about a tourny-style, possibly reader-debated, grind-off? It could be either by region/country, time period, perhaps even by album?

that's a pretty awesome idea. but you should get first rights to that one. if not, i'll put some thought into it.

Nah, I'll let you have a crack at it, if you'd like one. I feel like you're more likely to be fair about it than I am. Also, if you would decide to make it reader-oriented, you've got a significantly larger reader base than I do, so you'd get much better results.

I think it would be cool to do an initial post with the entire bracket (or possibly a comment-friendly brainstorming post, followed by the post with the completed bracket) and then perhaps do a post for the matchups in each "region," with voting in the comments (possibly with your vote as final word, if you don't wanna be a Commie about it.) That's just my two cents; if you decide to do it, format and details are up to you.

best blog. ever...(I've been lurking for about a year now ;) cheers

Congrats on year three! I have enjoyed reading and being a part of this blog. You need to start making some shows, and leave the armchair grind quarter- backing to a minimum (HA!) Check out grind hopefuls, Mind As Prison, from Baltimore.

Congratulations! You sir are a great writer and have opened these eyes to many new bands. Keep writing and all the best in grind and in "real life" as well.

Happy you keep it strong, I'm amazed at how much attention you get (not to mention jealous) but it's well earned. Always a pleasure to check in, and to have you check in on us.

being that none of my friends like hockey I have to ask, how do you feel about Halak? I'd like to see St. Louis do well, and I love watching Halak.

I'm doing fantasy for the first time and Andy McDonald's doing me proud.

congrats!..i check your blog every time I'm online. I may not comment a lot, but i'm always here somewhere in the shadows. I also like miskatonic's idea about current top acts.

Just wanted to thank you for opening my eyes to some of the more obscure grind bands as well as being a good writer in general. Keep up the good work!
-Steve

Congrats! I'm still amazed that you can find so much to say about a very specific subgenre. Keep up the good work.