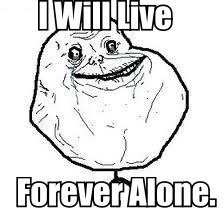 This is why punctuation is important, people.

Remember that time I joked about writing a grindcore novel?
Yeah...
About that...
See, it's not so much a novel, per se, as it is the longest single piece of journalism I've ever written in either my professional or recreational wordsmithing career. Let me explain. Shortly after he gave me an exclusive sneak peak at Orphan, Jon Chang approached me with an idea. He wanted to tell as completely and comprehensively as possible the story of The Inalienable Dreamless. He envisioned it as the grindcore equivalent of the 33 1/3 series of books about great records. Having never bothered to read any of them, I just nodded and smiled and went ahead and wrote the story I wanted to tell in my own way.
Six months and a dozen interviews later, the result is Compiling Autumn: Making Discordance Axis' The Inalienable Dreamless, available for order at Create Space and Amazon.
So I need to publicly thank the guys for asking me to do this. It's probably my proudest moment as a blogger. Compiling Autumn is a loving 13,000 word encomium to my all-time favorite record by my all-time favorite band. (For comparison's sake, the longest interview/think piece I've ever written for the blog was a runty 1,300 words.) It represents half a year out of my life and includes interviews with every single member of Discordance Axis as well as The Inalienable Dreamless' engineer and Hydra Head's ownership. For additional context, I also sought out musicians who were influenced by the record and cultural tastemakers who could place the grindcore masterpiece in the proper context.
However, I will tell you straight up I do feel a bit conflicted charging $8 for this (which kinda goes against my intentions as a blogger). Especially since the final version is only about 36 pages (think of this is a bound version of one of those self-absorbed, navel gazing douchebag articles in some magazine like New Yorker only with blastbeats). Part of the reason it's so short is because the publisher just couldn't handle some of the bonus materials we gathered (but don't worry, we'll get to that start next week).
If it helps, though we're selling the book, neither Jon nor I will see a dollar from this. I thought this would just be a series of blog posts, but Jon graciously offered to pay for the printing costs and he's pledged all the proceeds to the Japanese Red Cross for the ongoing earthquake relief efforts. So while it may be expensive for something you could probably read in a single sitting, the money is going to a good cause. We will not be absconding and spending it on sexroids or something.
But as a show of good faith (and like the intellectual crack pusher that I am), I want to give you the first taste free.
Posted by Andrew Childers at 7:58 PM

Excellent. I need this.

it's really short but maybe it's small enough to shove in the dvd case with the album. :D

Did you end up using anything I gave you? If not, no big deal. I'm just curious.

ryan you are definitely there.

thanks to everyone for the kind words. you have no idea the amount of anxiety this has been causing me since jon wants to charge for something so damn short. so i hope you guys feel you get your money's worth of out it. if nothing else, it really is a for a good cause.

Of all the things I would feel bad about spending money on, a book written by you on discordance axis would not be that.

Also just a warning to impulsive people like me, I did one click buying and it automatically did two day shipping which is fine if you have prime, but 12 bucks if you don't. Otherwise; buy the damn thing!

Don't worry about the price dude. I feel better about buying this than whatever else I was gonna blow $8.00 on. I have a feeling I will treasure this just as much as my Chas. Balun "Gore Score" books. Keep up the awesome work on the blog and hopefully you will write some more books!!! - Steve

Paying for something short should be pretty familiar to any Chang fan ;)

I bought my copy immediately.

shut down the internet for the day, boys and girls because dram just won it all for the day. bravo, sir.

Yeah, this little book is definitely worth the money, and I think Chang rocks for giving away the income funds to the Japanese Red Cross. It's also cool to own a physical copy, you know; the design of the paperback book is really, really neat, and it feels good in your hands. Well done, folks!

I think that you (Andrew) were the right man for the job; being a knowledgeable, well-read, dedicated fan, and all. I think you earned this scoop, and I think Chang felt that because of how well you've covered GridLink, and the things you share in common with each other.

It was a really heartwarming read, and it definitely gives good insight into what frustrating pain passionate artists have to go through. I think that any passionate, visionary artist, regardless of genre/medium, could read this book and relate to the experiences of DxAx; the principle of true art is universal, right? Sure the methods differ, but the struggle and the humanity is always there, regardless, right?

loved TID from the first spin I gave it, and the rest of the discography is stellar; it gets better which each listen. It's weird to me how some people in the US didn't get it at that time. I'm glad DxAx gained a cult following in the end, though.

After the read I just felt like I wanted to group-hug Marton, Witte and Chang, even though they live across the Atlantic from me.

Way to go! GridLink album #3 has now switched me over to anticipation mode.

Andrew, you're a good writer, and most importantly; passionate. Ganbatte!