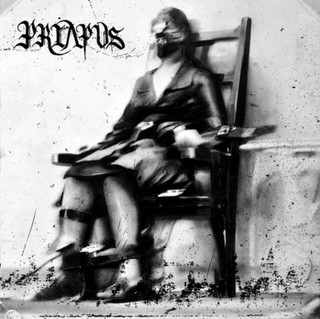 Priapus/Old PainlessSplitBandcamp/Bandcamp
Proving last year's best demo was no fluke, Priapus come rising out of the muck like an avenging Swamp Thing with three more songs of their pig grunt grinding and North Carolina's Old Painless in tow.
Priapus' side is three more songs steeped in gastric acids, a roiling nausea of gut-burning bile and stale vomit aftertaste that finds the band taking another run at Maruta's vacant throne.
Priapus don't go easy on newcomers either. There's nothing as familiar or reassuring as a build up or introduction to lead off track "$12.50," a double kicked stampede of moshing beef and bad attitude screaming that gets right up in your face from the get-go. There's no reprieve waiting in "Tongue Splitter" or "A List of Unwitting Assholes" either, though the latter rope-a-dopes you with a mid-EP, mid-song, mid-tempo riff that lets you suck down half a breath before jacking you in the chicklets. 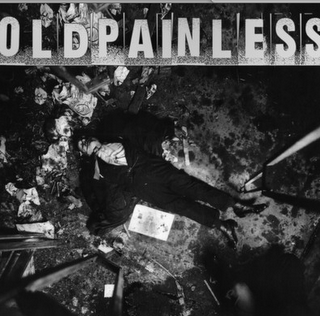 Flip side, like uni, Old Painless is an acquired taste. It's the singer, who must have a charred bit of gristle where the rest of us have vocal chords, who may take some adjustment. At one point I expected him to start screeching about my mother's predilection for fellating demons in hell. But once that hurdle is crossed, it's hard not to be enchanted by Old Painless' lawnmower guitars and grave robbing ghoul bass. The songs are a holocaust of pop culture diatribes suffocating under waves of screeching noise and the psychotic exhortations of a mad man on a day pass from the local psychiatric hospital.
Old Painless' angular, loose jointed songs are pretty much the diametric opposite of Priapus: loose rather than locktight, scattered rather than driven. It makes a great contrast from one side to the next. The one time Old Painless step too far off their short and sweet reservation, closer "Designer Trashbags," an anti-Kardashian/Hilton set rant, stretches out too long for the song's modest ambitions.
[Full disclosure: Priapus sent me a review copy of the 7-inch.]

Posted by Andrew Childers at 2:20 PM

Glad Priapus has some more shit out there! They're filling a serious hole (hurrr) with Maruta out of the picture now. Not that they're clones, but there are some definite similarities.

Old Painless's side is pretty fun, too. Those vox are wacky to the max, but it works.