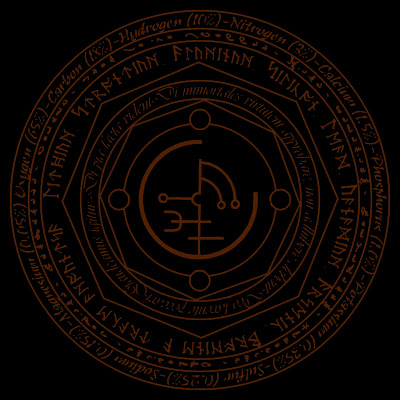 Cellgraft
Cellgraft
Bandcamp
Cellgraft put paid to their all too brief career, amusingly, with the song "Genesis," rasping the band to a close with a pretty awesome scream. There's probably some profound philosophical notion to be extracted from that metaphysical tangle somehow, but right now I'm too bummed that Florida's finest band have flamed out already.
For such a short run, the trio leaves behind a pretty impressive catalogue of material and their eponymous final album does the band proud, seamlessly building off of the awesome Deception Schematic. Cellgraft doesn't deviate far from the band's accustomed influences from Discordance Axis, Assuck and maybe a splash of Insect Warfare. The only real, and surprisingly welcome, difference this outing is the most robust bottom end we've ever heard from them. It adds an incredible new dimension to their twitchy grind. Otherwise, Cellgraft do not jumble a winning formula on this record, playing again to their strengths.
There wasn't any grand artistic growth with Cellgraft. They burst on us seemingly fully formed. Their debts to Discordance Axis and Assuck were obvious but without resorting to outright cloning or riff appropriation. However, their influences do burble up, like the vocal patterns to "Amelioration Lapse," which are cribbed straight from the Jon Chang playbook. That title even has more than a whiff of Discordance Axis about it. That said, Cellgraft's biological, metaphysical and philosophical musings attacked the human condition from angles previously denied to grindcore.
Cellgraft blossomed for too brief a season, but they've left an indelible mark. Hopefully their influence will slowly transform grindcore convention the way their idols did before them as the musical cognoscenti absorb their unique perspective. I had barely processed my grief at Cellgraft's untimely demise when the good people at No Reprieve records informed me that two-thirds of Cellgraft have already moved on to Faith Addiction and have record a new EP's worth of material. All is right with the world again.
Posted by Andrew Childers at 7:52 PM

They're also all members of Morphic Lapse, and they've got a bunch of other projects, too. Definitely keep your eye on Morphic Lapse, especially because of that split with Code/Error that should eventually be coming out.

Im digging the Faith Addiction Ep that I assume you've heard as well. Gotta checked out Morphic Lapse now too.

Oh yeah, a band member named Zell's in Bastard Deceiver, the dudes in Faith Addiction are also in Final Doctrine, and Zell just started a grindcore band with his girlfriend. So they've got a few projects going on.

i'm intrigued that faith addiction has more of a death metal core to it. it's a pretty interesting change from cellgraft while not totally deviating from what you'd expect.

Ive only heard the Morphic Lapse demo, and from what I remember it was very much like Discordance Axis, imitation is flattery, and a split with code error will be great. Since Wormrot pulled a time out various interviews have suggested that Arif is putting music in general on hold, not just wormrot, so I think we might have to wait a bit longer for code error material.

Bummed that Cellgraft are hanging it up. Really dug them and this album is a good parting shot.

On the upside, I had not checked out all those other bands these fools are in! Awesome.