I am Ironman: The Life and Grind of Dave Witte 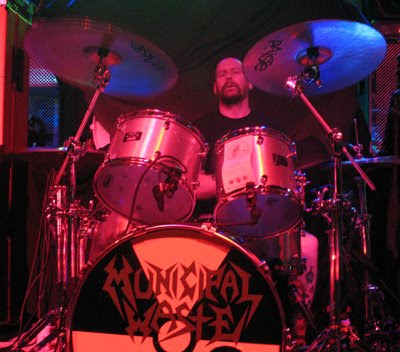 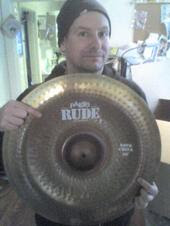 Alec Empire, his math rock band (“to keep my chops up”) and the inevitable solo project.
“I have an electric kit and real kit I want to combine and make songs. … I want to do a lot of improve stuff. I’ll do some fast stuff again, sure. I’m not signing up to win the race for the fastest. I’m over that now. I did that in the ’90s. There’s more to drumming to me.”
But don’t take that to mean the man has sworn off blast beats. He’s sure he’ll get the itch to rattle a snare again before he hangs up his sticks.
“I’m pretty fortunate. That’s what I love. That’s what I was born to do. I can always find something to keep my going,” he said. “My whole life I was always in a few bands at once because I wanted to do everything at once.”
Posted by Andrew Childers at 7:38 PM

Hello. This post is likeable, and your blog is very interesting, congratulations :-). I will add in my blogroll =). If possible gives a last there on my blog, it is about the Computador, I hope you enjoy. The address is http://computador-brasil.blogspot.com. A hug.

i thought i was the only drumming triathlete, lol.