A Skeleton in the Closet 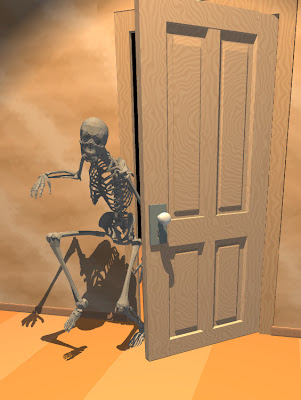 Anthrax
“A Skeleton in the Closet”
Among the Living
1986

The always erudite Brutalex got my hamster wheel a-spinnin’ after he felt the need to justify his fondness for the decidedly nonmetal Mars Volta to all of his fellow blastbeat and breakdown junkies on the interwebs who are way too quick with screeching accusations of falsity whenever anyone suggests however timidly that Pig Destroyer may not be the most effective migraine cure.
And unless you’re the luckiest motherfucker in the world who was graced with the complete Agathocles discography at your birth or you’re a loudmouthed fucking liar, truth is we’ve all made musical choices in our past that would score in the single digits on the Mohs Scale. Some of us still cherish those albums if we’re honest.
What’s mine? 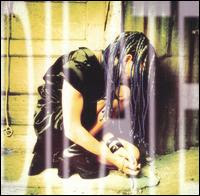 Ani Difranco
Dilate
Righteous Babe
1996
I love the grit and sarcastic vitriol from a chick who would kick you in the nuts, tongue kiss your girlfriend and then disparage your record collection.
Ani stomped her scuffed Doc Marten’s into my life courtesy of the obligatory long distance high school/freshman year of college girlfriend (we’re gonna be together forever!).
Half a decade before the usually reliable John Cusack farted his way through the tedium that was High Fidelity (there is NO FUCKING WAY any sentient carbon blob could mistake Stiff Little Fingers for fucking Green Day), me and The Ex would swap mix tapes reflecting what was one our minds at the time (me: a constant stream of Dead Kennedys, Sepultura, Guttermouth, and the Vandals). Somehow when I wasn’t looking, though, the girl who took her junior high year book picture in a faded Ride the Lightening T was sending me mix tapes overflowing with treacley No Doubt ballads and Alannis Morissette’s obnoxious unearned cynicism. The only thing that redeemed that complete waste of a perfectly good Memorex was Ani’s barely restrained snarl on “Napoleon,” a scathing middle finger to the music industry from a punked out folk chick who started her own DIY label at 17 – an age when I was whiling away untold hours playing Doom. Now that’s punk as all fuck.
Dilate was a revelation: Hank Rollins-worthy angst from a woman armed with little more than an acoustic guitar and some honest, scathing fury that never spared her own failures. “Untouchable Face,” “Outta Me, Onto You,” Superhero,” and of course “Napoleon” clandestinely ruled my record collection at a time when I was cutting my teeth as a death metal DJ at the college radio station, blasting Rotting Christ and Dying Fetus tunes for the guys in the local lockup (the only ones who ever phoned in requests -- and always for “Criminally Insane”).
Though I don’t listen to it as often now as I did then and Ani’s other albums do zero for me, the darkness and bile of Dilate have stuck with me for better than a decade. And while I pretty much spin pissed off music every free moment, I’ll be the first to admit Difranco’s excoriating insights still strike me as far more honest and unflinching than generic grind band #2,398,734 giving the deceased equus of the government or society or whatever the fuck else one more good whacking.
So that’s my story. What less than metallic albums make regular appearances in your CD tray or on your hard drive?

[And as an aside to The Ex: not that I’ve held a grudge for more than a decade, but die in a fire you cheating cunt. *smooches*]
Posted by Andrew Childers at 8:58 AM

Dude, so many. I even listen to hip-hop on occasion! Don't tell anyone, I don't want to get jumped at the next Hatebreed show.

And don't think I didn't catch the sarcasm in that opening sentence.

As for what "less than metallic" music I listen to... hmm I enjoy shoegaze, jazz-fusion, and on occasion wacky electronic-industrial music.

whatever sarcasm there was, brutal, was not aimed at you but rather asshole hordes of the internet who have nothing better to do than scream false left and right even though i've got dick hairs older than them.

Excellent work. I discovered Dilate in college, and loved it. I, however, took the non-metalness of it to another level. I ended up seeing Ani Difranco in concert numerous times, and eventually accumulated all of her albums. With time, though, this is the only one that really does anything for me.

Good to hear, but I too was being sarcastic. Show those kids who's boss!