G&P review: The Arson Project (How Swede it is Again, Part 5) 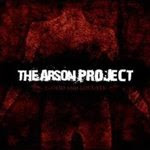 The Arson Project
Blood and Locusts
Power It Up
The liner notes to Blood and Locusts namechecks a pretty comprehensive swath of the current Swedish grind scene with Splitter, From the Ashes and Afgrund all getting shout outs. And while each one is an exemplar of the NWOSGC (sorry, hadda do it) sound, like meandering Frodo, newcomers The Arson Project just may be in possession of the one grind ring to rule them all with a compelling restatement all of that is good and wonderful about grind in 14 minutes.
I think the thing I love the most about Swedish grind is the crispness – that tension between brutal songwriting and performance and the clarity of the production that allows every searing note and beat and yowl to rip a dimensional wall through your speakers and lacerate your brain. The Arson Project manage to rail grind the very fine line between those two poles with poise and aplomb, turning in an ear bleeding assault that’s a wonder to behold for their debut EP. The production by Gadget’s William Blackmon is monstrous, but Oscar Lindbergh’s drums do tend to get lost behind Daniel Rosenqvist and Sebastian Kling’s respective guitar and bass typhoon. However, the blunt force wall of sound is like jousting with bulldozers.
While The Arson Project hit all the right Svensk notes, Rosenqvist and singer Niklas Larson seem to share an unconscious kinship with copylefters Graf Orlock. “The Black List,” especially, nicks some of the riffing style and vocal pacing from the Californians when the howled bridge kicks in at about the 50 second mark.
The Arson Project’s hit it and quit it 60 second blasts hark back to every death scuffed band to cut song lengths and up BPMs since Terrorizer, but ADHD attack neatly serves as the set up to the band’s song writing punchline. “God of War’s” inferno blasts sprout a nifty twining, serpentine guitar riff and “Mentalit Avrattad,” one of the EP’s longest songs, goes from 60 to 0 in the space of a bar, making way for a bass-led Godzilla stomp break that gets to lumber across Blood and Locusts for a full minute before oozing into Jesu-style guitar chimes.
In a 14 minute scorched earth assault The Arson Project burn down the house their grind forefathers built, clearing the land for a new wave of young, brash innovators to reseed the landscape.
Posted by Andrew Childers at 7:31 PM

Labels: blood and locusts, grindcore, how swede it is, power it up, the arson project

Really dug this album, thanks for writing about it!

glad you enjoyed it. just passing on an album i loved.