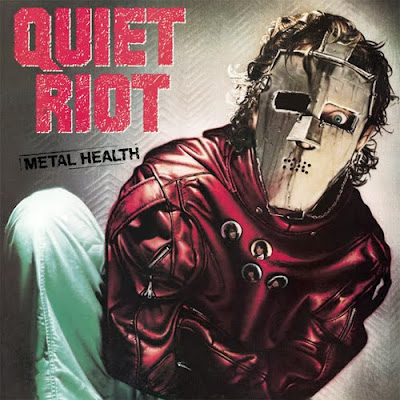 It's a couple years old, but a pair of rather droll British researchers in 2008 conducted a study of head banging related injuries among metalheads. In what has to be the greatest title for medical research outside of the gems you'd find on A Good Poop blog, the study - Head and neck injury risks in heavy metal: head bangers stuck between rock and a hard bass - evaluated the risk of neck and brain (wait, what?) injury stemming from seriously rocking the fuck out.
To avoid traumatic brain and neck injury, the study offers such pearls of wisdom as "replacing heavy metal with adult oriented rock, only head bang to every second beat, or use personal protective equipment."
Ok, maybe not But given Slayer recently had to cancel their tour with Megadeth so doctors can weld Tom Araya's spine back together, it's fascinating to see someone taking a serious, medical look at what most of us probably shrugged off as no big deal.
Continuing England's tradition of dry witticism, the researchers make several helpful suggestions for reducing the risk of injury:

[E]ncouraging bands such as AC/DC to play songs like "Moon River" as a substitute for "Highway to Hell"; public awareness campaigns with influential and youth focused musicians, such as Sir Cliff Richard; labelling of music packaging with anti-head banging warnings, like the strategies used with cigarettes; training; and personal protective equipment.

Possible interventions to reduce the risk of injury caused by head banging include limiting the range of neck motion through a formal training programme delivered before a concert; substitution of adult oriented rock and easy listening music such as the controls, or others including Michael Bolton, Celine Dion, Enya, and Richard Clayderman, for heavy metal; and personal protective equipment such as neck braces to limit range of motion.

Posted by Andrew Childers at 7:00 PM

I shall bear in mind to head bang for every other beat, although if I'm doing it to Damage 381 I'm sure I will end up worse than Araya, half way through the first track.

I am in serious pain, pretty much every day, and I'm pretty sure it's from going to too many shows and banging my fucking head. I try not to, but I can't help it. And when I start drinking beer, there's no hope for me. I'm in the process of scheduling and MRI to examine my headbanging injuries. No shit. And I still went out last night and wrecked my neck to fucking Gorguts.

that's pretty serious. i hope that shit clears up.
i was actually kinda surprised reading the study to see how serious the risk of brain trauma is. i know it's an old joke, but holy shit there's some truth to that.