Grindcore Bracketology: And the Grindy Goes to… 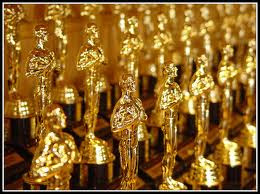 So here were are almost exactly two months after this little party got rolling, and it all comes down to this. After nearly eight weeks and five rounds, you’ve offered your best arguments for which band – RottenLink or Grid Sound – should be crowned king of the world.
Now before a botoxed bimbo escorts our winners on to the stage where they’ll be unceremoniously played off by Repulsion’s “Helga Lost Her Head” if their acceptance speech rambles too long, let’s take a quick review of how we got here.
We started out with 32 bands that I, in my purely arbitrary judgment, thought represented a pretty good cross section of the best the world has to offer. Feel free to disagree. Many of you already have. But based on that, here’s a list of the roadkill to date, ranked by the number of votes they received and the round in which they went down in flames.

So that’s the recap for those of you joining us late.
Using the Oscars as a template, I am now, of course, required to make you suffer as I ramble pointlessly, postponing the one moment you came here for until the very last second.
First off, thanks to Miskatonic who got the ball rolling by asking for advice on modern day grind classics. Using this as a template, you'll pull together a pretty wicked grind collection, dude. Likewise, everyone give Dessicated Veins a round of applause for coming up with the tournament format.

Wait, wait. First give yourself a pat on the back for coming along for what I, honestly, thought would be something of an in-joke for a few regulars. So everyone who’s dropped a comment/made a cogent argument/called me an uniformed asshole/questioned my sexual orientation, thanks for your participation to a greater or lesser degree. For those of you who joined us for the first time, I hope you stick around. I always enjoy hearing different opinions on this funny little critter called grind, even if you’re totally wrong, of course. I can prove it. Using the maths.

And the winner is…

Unholy Grave!!!
That’s right. In a stunning write-in upset, Gamefaced managed to stuff the ballot box when nobody was looking.
OK, I kid, I kid.
I shouldn’t pick on her like that.

So for really real your winner is….

By the way, how long do you think I can keep putting it off like this? How many of you are still reading this shit and how many just skipped my blather and went straight to the announcement? Ingrates.

Alright, I swear on my cat’s life. This time for true. The best band working in grindcore right now in 2010, as voted by you, the loyal G&P minions is:

Well that was pretty anticlimactic, wasn’t it? Eviscerating Rotten Sound with a "Stake Knife" (geddit? geddit?) by a final score of 20-10, GridLink rode the strength of one 11 minute “full length,” a few scattered tracks and our raging nerd hardons for the impending Orphan to Total Victory. So that means new Orphan tracks better be up as promised, Chang or the nerd hordes of the internet will rain down upon you like the arrows of a million level 15 half-elf rangers!
*ahem*
Anyway, once again thanks to everyone who participated. Thanks to the bands that pimped this ridiculous contest like a $2 trick.
This has a been a blast and if anybody has any suggestions for goofy stunts we can all try next, by all means drop a note in the comments.
Thus ends Grindcore Bracketology 2010. Maybe we’ll revisit the concept in a couple years to see how the top 10 holds up.
Posted by Andrew Childers at 6:37 PM

I have loved every moment of the bracketology, from peoples ignorance (my own included) to rehashing bands I have neglected for a while. The result doesn't come as a surprise, and look very much to hearing Orphan.Chances are in a few years we will be moaning about how naive we were to vote so and so, and not so and so, but thats just the beauty of hindsight.

then the half elf rangers have been recalled but a small occupying force of orc shamans will be left in place to ensure compliance.

Do your orc shamans have sexroids? Didn't think so.

where can i purchase these sexroids?

I have my sexroids imported from a pharmacist in Sexico.

I've never been thanked in an award show before. So. You're welcome? Anyway, I have been following the awards bracketology and reading every word. Thanks for all of the wisdom. Bands I am now interested in:

The Kill
Agathocles (but I'm scared. Where do I start?)
Afgrund
Kill the Client
Nashgul
Sayyadina
Gridlink

I was already into:
ND
BT
PD
RS
Wormrot (thanks!)
TFD

The people's Committee for the Improperly Spelled and Frighteningly Unintelligibly LVocals denounce this award show.

Andrew has proven time and time again to be a biased grindcore tyrant who take bribes in the forms of "sexroids," +1 Longbows for his Elf Rangers,compliments, and new tracks on myspace from bands WITHIN the competition.

Many might say "oh, but this was fair; everyone had an equal opportunity" WRONG. A'la presidential elections '00 many voters found the ballot too complicated and unclear. They lacked instruction and many ended up voting for bands they've never even heard of simply because ANDREW couldn't contain himself in a voting bracket he was supposed to abstain from.

I demand a recount as it is quite obvious that this was a rigged and fraudulent voting scheme.


That aside, good job Andrew; lots of fun.

so that explains all the votes for pat buchanan.

such a tease.
tho, considering gridlink took the final prize, we're all good.
climbing back down the bell tower..

I enjoyed the shit out of this. And I really think we need to do 32 band regional brackets. It would kind of never end.
I'm a little miffed Wormrot didn't win it all but Gridlink winning gives validation to me telling everyone I ever met for a year to listen to them.

GridLINK? Never even heard of 'em, I was voting for Vondie Curtis-Hall's classic film Gridlock'd this whole time. Now that shit's pretty grind.

This was a scam! You guys had this set up as a Gridlink promotional machine!
Their drummer isn't even human, as can be proven by their new (amazing) song!!
It was a lot of fun, pick another 32 and start all over again. :)

really alex? cuz i thought people were voting for everyone's favorite dinobot grimlock. this ballot is really confusing. i think we need a do over.

dammit i just got the word from mollen that parlamentarisk sodomi is officially an active concern.

sorry everybody. do over. we gotta do everything from the beginning.

TEXAS IS THE REASON THAT THE PRESIDENT'S DEAD!

I'm going to change all the ID3 tags on my Gridlink mp3's so that Artist is "Grimlock."

I'd do the same to the actual album cover, but it's too goddamn cool looking to fuck with.

Grimelock sounds way cool too. jeez jon, way to miss the boat on this one.

Raiden do you copy? You must continue your m-mission. Your role -- that is, mission -- is to infiltrate the structure and disarm the terrorists -- Complete your mission according to the simulation. Turn the game console off right now.