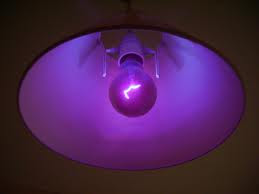 If I can paraphrase Alex and his psychedelic droogs: it’s time for a bit of the ultra-violet. Get groovy with the U,V as we tick off the next two letters of the alphabet. The end is in sight and I’ve already tossed you one new band for every day of the year – before I lob this batch in your lap. This time out we hunt feathered rats with a post-Benumb outfit, rock out to Shane Embury on two unaccustomed instruments: guitar and drums, and, of course, declare ourselves to be Against Terrorism! with one of Japan’s finest exports. Of course, it's only appropriate to include Unruh's "Mercitron" after Jack Kevorkian died. While he seemed to be a bit of a pompous and megalomaniacal asshole who occasionally only had a passing familiarity with medical ethics, nobody in my life has done more to shove the dignity with death conversation into the public sphere. So in the words of Kurt Vonnegutt: God bless you, Dr. Kevorkian.
Here’s your letters U and V mixtape [Mediafire]:

Posted by Andrew Childers at 6:23 PM

Real pumped to see Uzi Suicide on here, love them!

look again, dude. vulgar pigeons is there. hell i teased them in the paragraph at the top.

fuckin love uprise! and it's been while since i heard uzi suicide. nice trip down memory lane there. U-V turned out stronger than i thought it would. nice one.

I noticed after I posted about Vulgar Pigeons, just didn't feel like apologizing yet.
My bad.

There's a sort-of good Japanese grind band called UNIQ, though I know nothing about them. Also, Vile Intent; was hoping I'd get to Vaccine before somebody else did.

yeah i couldn't find any d/l for violent gorge. i've only got it one vinyl.

Props for the grindalphabet Andrew. Don't know if it already crossed your mind / somebody else already suggested, but it'd be practical and a generally nice thing for all the bands if you made an index post - or something of the sort - for the whole thing once it's done.

already in the table of contents to your right, my friend. look for "grindcore alphabet"