Grindcore Bracketology 2: There Can Be Only One 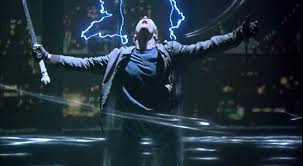 One week from now we will award the Stanley Cup of grindcore: the oh-so-coveted G&P Grindy, famed in story and song. One man will be crowned the best guitarist to ever ride a blastbeat with whatever bragging rights come with winning a totally arbitrary popularity poll on the internet. I cannot overstate the honor involved.
But first we have to explain how we got here.
The Old Guard v. The Innovators
Brutal Truth's Gurn was a brilliant guitarist who left an indelible mark on grindcore's transitional phase from the first wave of innovators through what we all know and love today. But with all of that gussying up his C.V., Gurn was no match for multi-band modern phenom Scott Hull who powered to a convincing 10-5 win on the strength of his varied body of work.

The Punks v. The Technicians
While we all agree that Takafumi Matsubara is one of the most ridiculously talented musicians to ever pick up a guitar, the Japanese auteur's work did not stand up against Steve Heritage's punked out playing, which is about a subtle as a jab to the nads. The Assuck mainstay moves on by 11-5.

Which brings us to the end of the line: Two men enter. One man leaves. Thunderdome. Both Hull and Heritage, seeded number two in their respective brackets, have advanced to this final round. Only one can claim the title of king of the grindcore guitarists. You've got until Sunday to argue your case.

Posted by Andrew Childers at 9:13 PM

steve heritage left a mark on grindcore. scott hull changed the fucking game. I wanted Beau to win this, and in my opinion he will forever be the best guitarist to play grind, but by a fraction of a hair scott hull is second. if he dosent win, i will be beyond supriused. the dude is a legend, and more importantly, one of the most talented people to play heavy music. I'm glad he kicked matsubara's ass haha

Also, how did matsubara not get to the final two? (Has a homer simpson visualizing all the things I've done this past week besides voting).

I would have loved to vote in this comp but I didn't feel I knew enough about some of the guys. But I must check out some Assuck now so I can vote in the final.

For his commitment to excellence in the full spectrum of grind. (Lyrics, booklets, art, I HAVE to have a physical copy of Scott Hull projects) And for introducing me to grind. Also if that isn't good enough, the riffs in "Thought Crime Spree" "Loathsome" "Gravedancer" "Terrifyer" and "Piss Angel".

Steve Heritage, no contest. This final round was surprisingly easy. I just, like his grind better.

hull....he pushes grind forward while mainting a foot(or a few toes) in traditional.

Didn't vote on any round until now. Guess I'm not much into that sort of thing, but it might be the time to vote. Hull's cool but I can't see in what way he's pushing grindcore forward, at least not if I consider Pig Destroyer. Hull plays metal - Heritage plays GRIND.
[Wouldn't like to argue - I'm certainly subjective.]

So I say Heritage.

It's come down to this. Two death metal guys are being elected for the bracketology number 1 spot. Neither is a bad guitar player, I've seen both live more times than I can remember, but seriously, at least Insect Warfare was a grind band. Anyways...

Hull, if only because Heritage back stabbed the shit out of his band mates.

Scott Hull all the mothergrinding way!!! He is the grind-king, nobody can match his level of ingenuity and general awesomeness.

i would say matsubara is pretty death metal

Dragonforce for the win.

Dragonforce has a more grindcore approach to music than either Pig Destroyer or Assuck in that 90% of their records are driving blast beats or thrash beats. Slow parts are a last resort for them versus an integral part of the music.

I for one really look forward to their new record, though the last record really sucked.

Oh my Merlin, you guys are right. Matsuraba does play short Dragonforce songs! I've been likening Hayaino Daisuki to Iron Maiden but cut in half and played twice as fast. Both are apt, and awesome.
Bummed to see Scott Hull won this over some other truly great riff-meisters like Beau, Heritage and Rasyid. Either way, congrats Mr. Hull. I wish you well in your grind.

Although Heritage is one of my favorite guitarists of all-time, I cannot argue with the overall genius of Scott Hull. Heritage brought everything to the table with the legendary Assuck, but Hull served multiple incredible dinners across a realm of different projects. Both are wonderful, but only one can have the crown.

matsubara. i will not be moved.

Heritage all the way.
Misery Index is the best, always.

I saw Assuck with Heritage on vox once and he was bleeding from his throat... but they still played so tight I couldn't comprehend it. I will never forget that night.

gamefaced is always right. that's why i'm calling unholy grave to win everything in a surprise come from behind victory by defying the odds of not even being included.

Eva, it would seem Repulsion has more in common with Assuck then Dragonforce, that being said you have no other option then admitting Assuck to be a grindcore band.

This was Pythagoras' 666th law.

LOL at Perpetual. You forgot to carry the guitar solos.

that's all I have to say.

PD is cool and all, but they have had their misses.

Assuck hit the nail on the head with every fucking release.

hey hey hey. those of us who studied humanities will not tolerate your maths-related humor around here, sir.

Hull
Diversity and innovations wins this one over for me.

Assuck (Heritage) by a long shot. Never dissapointed and became more honed with each release.

Can I still vote for Matsubrua? I still think Matsubura is light years ahead of Heritage. They are on different planets. Of these last two, Hull vs. Heritage, I vote Heritage, even though I am bothered that he bumped the true champ of the bracket.

i like assuck way more than any a.n. or p.d. release. seems like an unpopular opinion on this site. whatever. heritage.

Scott Hull is a really good guitarist but some of the stuff he played on has been flat(to me, no offense to anyone else). The Assuck releases got progressively better. Blindpsot is often overlooked. So I am voting for Heritage not just for playing but for writing. Death metal or not... I hear slayer thrash riffs with blast parts. Heritage was huge.