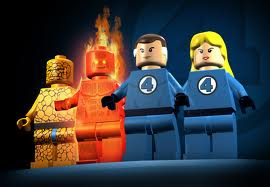 Things got worrisome there for a minute. We looked to be heading for another tie, but a last minute vote (seriously, eight minutes before midnight) broke the deadlock, forcing me to rewrite this whole post. But at least we can move on to Round 4. We started with 32, but only four guitarists are still standing. Here's how it broke down.

The Old Guard
The brutal truth? Pintado went down in a squeaker. A last minute vote broke the tie as Gurn ground it out 11-10.
Gurn is the best of The Old Guard.

As we winnow the field further, Round 4 will be Old Guard vs. Innovators and Punks vs. Technicians. You can check out the updated brackets here. As always, the door slams shut on comments on Sunday. Let the best man win.

The Old Guard v. The Innovators
Gurn (Brutal Truth) v. Hull (ANb/Pig Destroyer/Anal Cunt)
Extreme grindcore demanded an extreme guitarist. The other altered the state of grindcore. Who has contributed more?The Punks v. The Technicians
Heritage (Assuck) v. Matsubara (GridLink/Mortalized/Hayaino Daisuki)
Do you prefer your grind stripped down and bare to the bone or intricately layered with endless fractal depths to explore?

Posted by Andrew Childers at 8:06 PM

Hull
Dave Chappelle once defended MJ with the famous words "C'mon man, he did Thriller. Thriller." There's no contest, Hull did Prowler in the Yard.

Heritage
I'll always love Assuck, Matsubara's a beast, but Assuck, like Repulsion, has that air and that authority. Assuck's always been the unsung heroes of 90's grindcore, Heritage's a big reason why. Old vs new, forefathers vs innovators; a bit futile, so the heart must choose.

Without a doubt, Scott Hull is the all around grindcore champion; he has single-handedly molded grindcore into a vicious sound instantly recognizable as his own. Blending elements of thrash, hardcore, death metal, punk....anything he touches turns into gold.

For the other vote, I'm going to have to go with Matsubara; for as much as I respect and love Assuck, I love the technicality & seemingly endless depth of Matsubara's style. Much like Hull, his compositions are instantly recognizable, but no matter how many times I listen to the same song/album, I find something new to appreciate.

Second bracket is a bit trickier for me. I've recently become disillusioned with Matsubara's guitar playing. to me, grind is all about being stripped down, being in your face, making your point and getting the fuck out with as much anger as possible, Matsubara just spends too much time dicking around. At the same time, i've just never been a huge Assuck fan. still, i think i want to give this to Heritage. There, long winded speach over.

I'm SHOCKED Beau lost. Holy dicks.
This gets more and more difficult.
Gurn. Hull may have more overall output but I think Gurn is better.
.....I don't want to abstain but it's so hard to choose. I guess to answer the question...Heritage but I think Matsuraba is a better guitarist by leaps and bounds.

First Matchup
Scott Hull, no question. Riffs for days, in whatever project he's involved in, and he's got such a great compositional grasp, even when he's not playing at mile-a-minute speeds. Gurn's an awesome player, but just doesn't have the scope of Hull. I think something should be said for longevity as well, and the fact that Hull's still at it while Gurn hung up his axe years ago (despite Brutal Truth re-forming) is just another reason Scott's one of the G.O.A.T.

Hull and Matsubara. If the final battle ends up being between those two (which is what I've been guessing since the first round) I won't vote, it's just too impossible to choose.

heritage....there's more soul in his guitar playing...gridlink feel's souless when i listen to it. i've tried and tried to see what's special about them, but i find nothing.

Probably Gurn. But I feel like this is an odd matchup and we are probably picking preferred bands. This late in the brackets, guitarists/bands may be insperable.

Definitely Heritage. I am way more into the hardcore punk roots of grindcore than where-ever Matsubara is coming from. YngwieGrind? Listening to him makes me feel like I am memorizing the schema of all 12 cranial nerves... it's exhausting. Assuck, on the other hand, makes me angry and negative. So up the punks!

The Old Guard vs. The Innovators: Hull

The Punks vs. the Technicians: Heritage

The guard (Gurn).
The punk (Heritage).

Tough calls! The second matchup in particular is apples and oranges. I'm going with Gurn and Heritage but obviously Matsubara is a shredder.

Not a new vote but reading some of these comments, I need to put something's in perspective.

Assuck were not unsung heroes. People loved them. They sold tons of records, toured all over and sold out just about every show they played.

I was at their first NYC show at ABC No Rio in 1992 on the Anticapital tour and the place was sold out. Anticapital had just come out and they were touring with Rorschach and Merrel(if memory serves).

Those guys were all my friends and Rob even filled in for Witte on our first Japan tour. That said, even Rob Proctor was getting sick of how Steve wrote his fast parts in 1995. Steve basically wrote short death metal songs broken up with 4-8 measures of blast parts. Misery Index changed this up a bit but he basically was doing the same thing until the band finally broke up in the late 90's.

The origins of that band were straight edge hardcore and thrash metal, not punk as so many seem to think (I've already covered the whole lie about grindcore coming from punk elsewhere). Did they like a lot of different music and draw from it? Definitely. But the need to justify them as somehow having more integrity because thy were "punk" or being grindcore folk heroes is just lame.

They used triggers and had a super clean pro sound - they had the same sound as all the other Roadrunner death metal bands that were recorded at Morrisound and their songs are essentiaaly compressed death metal songs in both structure and composition. Their sound was noticeably more clean and polished than the grind bands that came before them.

I guess my point is, be honest with yourself. If you like Assuck, cool, I loved them. They were not unsung, punk or stripped down or whatever buzzword you want to associate with them.

granted i was 2 when Anticapital came out I've never seen Assuck referred to as much as other grindcore bands from the 90's.

Misery Index and Anticapital blow anything Brutal Truth, Agathocles, or anything from the U.K around then out of the water. Again, I wasn't there like you were, but now I see far less about the band then their contemporaries.

And selling out ABC doesn't sound like any kind of feat.

I vote Hull and Heritage.

I don't really like Brutal Truth so that was an easy pick. The new GridLink is excellent but I doubt that I will think it holds up 10-15 years from now (2027?) like I do Blindspot and Misery Index. It's ironinc that Heritage appears to be winning a popularity contest because what I've heard about him and from the one time I met him, he was at least as miserable a person he was barking about on MI. Not a popular personality (hated actually) but as far as being a guitarist in a sick band is concerned, it seems spot on.

1. Gurn
Both weere/are foward thinking and diverse. Either or, they both deserve it.

2. Matsubara
Taken it to a new leval.

About AC, let me put it this way.

Capitalist Casualties played ABC on their Disassembly Line tour to 3 people. Me, Darryl Kahan and the CC Roadie. They were fucking awesome and no one was there.

Assuck were the accessible grind band. "Everyone" liked them. That doesn't make them bad or good. I have no reason why they would be spoken of more/less than any other band.

Agreed about AG and BT vs Assuck.

For anonymous, Steve was Steve. He ran hot and cold with people. Unfortunately, he ran really cold with everyone in Assuck :\

That was ABC not AC LOL

or bomb ac too. seth putnam would appreciate it. ha ha you're exploded.