"Angel Present" was the working title for what eventually became Compiling Autumn. I started there because it calls back to Evangelion, which was one of the primary influences on The Inalienable Dreamless. But once Jon worked up the be-leafed cover art we agreed Compiling Autumn would probably work better. Not that has anything to do with the song "Angel Present," but, ya know, I felt compelled to say something to introduce this incredibly lengthy tab, . 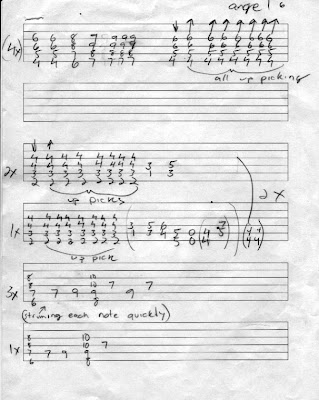 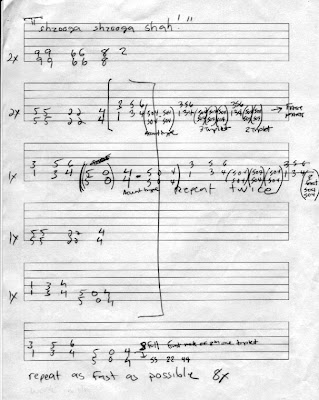 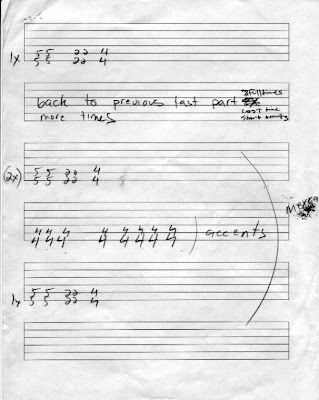 Posted by Andrew Childers at 7:31 PM

You do realize the Mexican Hat Dance is the ending part where I'm screaming and then we go into the three amigos?

Where did you find that behind the scenes pic of DA?!

That issue of Metal Maniacs with the full spread of you nude on a lifesize Gundam model.

Collector's item for sure.

i thought dave said it was axed cuz he couldn't nail it?

That was the monkey blast in Oratorio in Grey.

Are you a pothead or do you just experience constant short term memory loss? Mr Potter I want you to write "The monkey blast that Dave couldn't play was in Oratorio in Grey" 50 times while listening to "Greed Killing" as punishment.

but i like "greed killing." and shit, it's not like i wrote a fucking book about this shit or something.

You probably like "Hiding Beneath," that time Napalm Death thought they were Obituary.

oh hell no. obituary is one band i just never got and i certainly don't have patience for bad obituary tribute acts.

just for that i'm gonna buy the new nd album this weekend and it's gonna kick ass.

Witte likes it too so you guys can maybe get together and drink some Belgian ale while you make excuses for why every song on there has been done better by Japanese grinding deathmetal bands over 20 years ago.

I hear alcohol makes every ND record after the SOB split better.

so really what you're saying is everyone else is right but you're the last holdout?

I'm willing to be the last hold out. It's not like I'm not bullish on almost every pop "extreme" music band on the market. But that's only because they are all overrated and the masses are idiots or something like that ;-)