The Feel Good Hit of the Summer

I had a mini-epiphany the other day when I was roaring down one of the local hills on my bike, doing 20 mph down the slope (that's 735 deciliters per kilojoule for your foreigners) with my headphones on and a suicidal disregard for local helmet laws. In my mind I'm one of those insane Chilean downhill bikers. 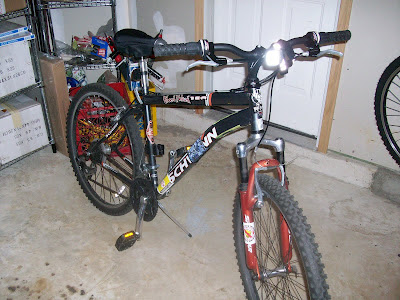 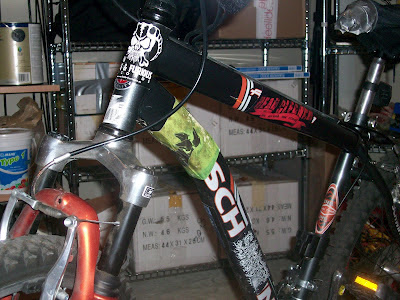 Insect Warfare roaring in my ears, my face to the wind like a dog hanging out a car window, I realized that GODDAMN but grindcore and hardcore are fucking fun music! I know that's probably not much of a revelation to most of you, but every so often I get caught up in the grim misery that so many metal and punk bands (hilariously) try to project that I forget that this stuff is really enjoyable. It's helpful to remember the earliest Napalm Death rehearsals collapsed into giggles at the absurdity of it all.
Not everything has to be all serious and intense. In honor of that helpful reminder, here are a handful of albums that will staple gun an idiot grin on your face. 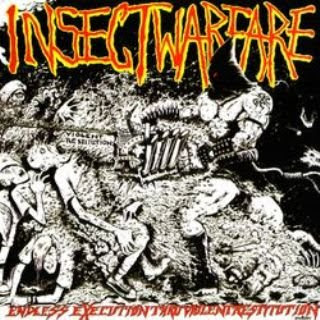 Insect Warfare
Endless Execution Through Violent Restitution
625 Thrash
2007
World Extermination is obviously a better album, but this collection of early EPs, comp appearances and leftover tracks is a more fun Insect Warfare experience. The guitars are bigger and burlier and the performances are looser than World Extermination, making it all feel more casual. I dare you not to smile during a song like "Freebase Diarrhea." Go ahead. Try it. 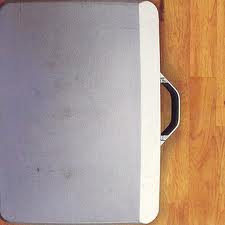 Graf Orlock
Destination Time Yesterday
Level Plane
2006
The first chapter of Graf Orlock's three-part '80s action film-quoting, time traveling narrative mindfuck was totally unexpected and unique when it dropped in 2006. There was absolutely nothing like it at the time. From its conception through its execution, Destination Time Today was the equivalent of a very well done, but not exactly deep action flick on cable at 3 a.m. after a hard night of drinking with friends. Graf Orlock would improve with each outing both in output and packaging (see the Alien facehugger packaging of Destination Time Tomorrow or the exemplary Doombox). But by then we knew what to expect. Not that it lessened the fun factor in the slightest. 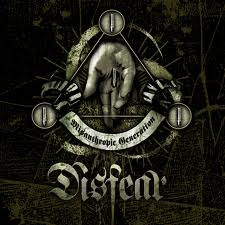 Disfear
Misanthropic Generation
Relapse
2003
Right from the adrenal OD of kickoff "Powerload," Disfear's bouncing d-beaten hardcore is ready to play. While Discharge may have been all intense and serious, many of their wayward progeny have picked up on the fact that a skipping d-beat just naturally lends itself to an uptempo, feel good rager. Bolstered by a buzzing, electric production courtesy of Mieszko Talarczyck (who I've read was actually disappointed in its sound), Misanthropic Generation, the first Disfear album to showcase you-know-who up front, jolts you out of your chair with its freewheeling guitar leads and compels you to move. 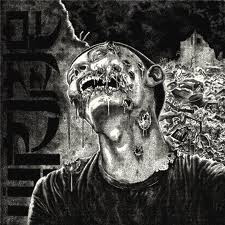 Wormrot
Dirge
Earache
2011
My relationship with Dirge has been ... complicated. But it all clicked into place a few weeks ago when I realized I'd simply been approaching Wormrot's second album all wrong. Abuse was a brutal little nugget of a beast. My mistake was trying to box in Singapore's finest. I forgot that Wormrot are three young dudes who unexpectedly landed a deal with one of grindcore's most venerable labels. They wanted to see the world with a little cash in their pockets and just have some damn fun. And Dirge is a fun record. It's loose, blasting and was recorded in a hurry. There was no overthinking or serious sophomore slump. I still prefer Abuse, but I find myself increasingly reaching for Dirge when I just want to smile. 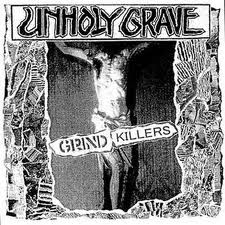 Unholy Grave
Grind Killers
Selfmadegod
2010
Grind Killers has very quickly become my favorite album from prolific Nagoya terrorist foes Unholy Grave. There's a spontaneity that comes from its live in the studio production that ups the fun factor substantially compared to some of their other voluminous offerings. And if that's not enough to remind you that grind is supposed to be fun, a cover of the Ramones' "Beat on the Brat" that can only be described as very ... Japanese ... underscores you're supposed to feel good when you give Grind Killers a listen. 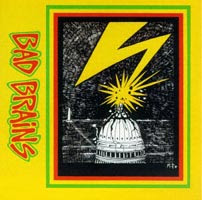 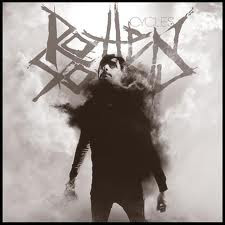 Rotten Sound
Cycles
Spinefarm
2008
I would be remiss if I didn't include one of the best grind albums for biking, Rotten Sound's Cycles. Geddit, geddit? Cycles! Ha. I kill me.
But seriously, this is a fun album to ride to.


*Yes, I have a bit of a sticker obsession.
Posted by Andrew Childers at 8:14 PM

true fact: obnoxious stickers are considered an anti-theft measure in some jurisdictions. [*not intended to be a factual statement.]

i don't think i could bike without music. there are nasty hills in every direction from my house. i need that motivation to make it to the top.

ShiiiiiiitI'm giong to have to post about my bike now. ;p
I road a mountain bike everywhere for like five years but I've since switched to a road bike. Holy dick I feel like a pro. I go really fast everywhere and I get less tired. Music is also a necessity. If there's no music when I'm riding, then there's a problem.

i absolutely know what you're talking about w/dirge. i kinda went through the same process.
and i doubt i've ever smiled during freebase diarrhea. that shit's no laughing matter.

Music is like cannabis. It makes everything better.
I never said Modern Life Is War was the best ever, just one of the best. And probably the best hardcore album after 2000. Of course Bad Brains are pretty much the best hardcore band ever. Why else would I have put them on the mixtape I sent you? ;p

Wait you mean all you grinders are mountain bikers too? Haven't done any in a few years and am doubtful I will any time soon (living in the NL, although a part with hills, small hills). I would also of added Wormrots Noise to the list, although lacking in length it practically is leaking with high octane fun factor.

-weights
-dogs
-football (I do dig hockey, and I keep meaning to get back into following it)

I do go for hikes/jogs with the dog pretty much everyday, and always with tunes. If we're pushing our way through the ass-end of Appalachia I usually have on more subdued stuff like country or Neurosis. But if we're running up hills in town it's fast, loud stuff. The high BPM make up for my plodding pace, right?

Glad you're coming around on Dirge! I think I was sold completely because I saw them live right around the time it came out. Also, fuck yeah Disfear! That album is the perfect response to "But I'm tiiiiired." No, fuck you, get after it.

I really need to check out Grind Killers. I only have Revoltage so far.

Did springtime put fun on your mind?

Funny, i was biking around earlier this week listening to Destination Time whatever. That's a go to "fun" album for me, when I work out too. Despise You, Lack of Interest,Lycanthrophy, and Suffering Mind are some of my favorite riding tunes.

Stickers do help deter theft. I choked my last bike in stickers to the point that you could barely see what color it was. Amidst the hordes of death metal and grind stickers, the main sticker on the frame was bright green and read "EAT BERTHA'S MUSSELS". This was picked up at an awesome mussel joint in Baltimore, surely some of you must have eaten there?!

But yeah. I, too, like my grindcore to be silly. That is why I dig the japanese bands. I mean, how can you keep a straight face when Fuck on the Beach plays their signature tune "Go muscle"? Gore beyond Necropsy and Senseless Apocalypse crack me up as well.