A Wake to a Life of Misery: Canadian Grinders are Surrounded by Human Filth 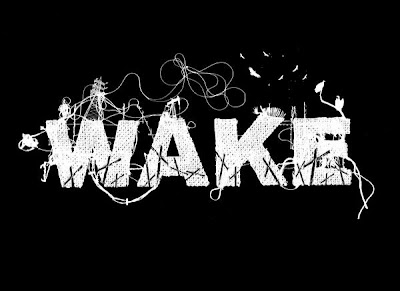 "It is far better to grasp the universe as it really is than to persist in delusion, however satisfying and reassuring," astronomer and all around science evangelizer Carl Sagan famously said.
That could just as easily double as the mission statement for Wake's brand of grindcore/power violence Calgary stampede. Sagan's penetrating quest for truth above all, and his willingness to pursue it even when it conflicted with popular religious beliefs, formed the basis guitarist Rob Strawberry's atheistic outlook and snarling grindcore bite.
"Sagan was a brilliant scientist, free thinker, a man that questioned the existence of god at times when it was unpopular to do so, and a man that passed too early," Strawberry said. "Reading his books/studying him as a teen lead me to paths of atheism, secular humanism, and the overall platform of science, logic and reason. We wouldn't say he is an influence directly to our lyrics or music but more indirectly, on an individual basis, at least for me, personally."
Wake have proclaimed their penetrating philosophy of uncompromising angst over a killer EP and full length to date, cementing themselves at the vanguard of the next generation of punk-minded bruisers. While Sagan's sense of wonder at the mysteries of the universe may have been a source of inspiration, Strawberry and fellow guitarist Sergey Jmourovski don't share his sunny optimism. In fact, Wake (rounded out by drummer Ryan Kennedy, bassist Jacob Ryan and vocalist Kyle Ball) admit the band isn't "doing anything groundbreaking lyrically." They're content to give vent to their personal frustrations against the backdrop of a steel-toed musical stomping.
"We've set out to make an album that best depicts our discontent with the issues at hand, and we did just that," Strawberry and Jmourovski said. "With the new record, we will be changing our approach and digging deeper than simply stating what we hate. We have to change our way of thinking and living if we are to survive as a species (but why?)."
About that new record? Are you sitting down? Good. The good people at 7 Degrees, who pressed Leeches, have hooked Wake up with fellow blog darlings Dephosphorus for a split 7-inch of three new songs apiece due out in April. 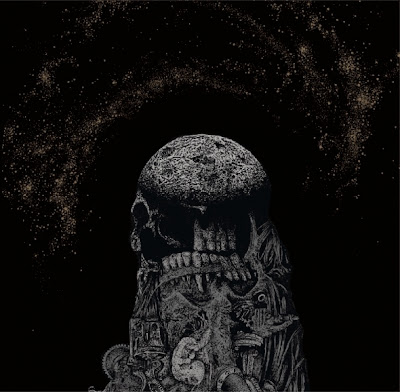 My God. It's full of stars.
I'm going to go ahead and call this the best tag-team of 2012 without having heard a single note.
"We recorded some songs with Colin Marston in New York while we were on tour last year. Once we got home we decided that we wanted to do a split with an international band," Wake said. "We talked it over with Simon (7 Degrees Records) and he recommended us doing the split with Dephosphorus. We had a listen to the tracks Dephosphorus had recorded for the project and we were floored. Simply a band that is innovating, not imitating."
The admiration is mutual, Dephosphorus vocalist Panos Agoros said. Wake is "a group of persons in the right spirit, with healthy worldviews and a genuine passion for underground music," he said.
"They write and execute devastating tunes, [that] also happen to be catchy and monumental like 'Cult Of War,' 'The Means To The End,' or 'Leeches.,'" Agoros said. "As a personal plus, the intensity and heaviness of their music reminded me quite a lot of two sadly defunct (last time I checked, at least) favorite U.S. bands of mine: Kalibas and Rune."
Wake plan to roadtest the new material throughout the United States and Canada this summer before diving right back in to the studio this fall to record to follow up to Leeches.
"We've been writing hard, and are very happy with the new songs," Strawberry and Jmourovski said. "Faster/darker/noisier yet retaining melody, a logical progression for ourselves. Did I mention they're faster? We'll be heading out on a US/Canada tour in July and are hoping to record again in the fall, grinding harder than ever. Look out for the split with Dephosphorus to be out in April, and we can't wait to rip on the east coast/mid-west in the summer."
The busy schedule is all part of the revolution through evolution that Wake demand from themselves. Not content to rework territory they've already covered, Strawberry and Jmourovski said Wake continually push themselves out of their comfort zone.
"There is no progress without conflict, well being leads to stagnation, and we will never evolve without questioning our own existence," they said. "Such an attitude will never come from being content, and we do our best to never be comfortable in our own skin."
Carl Sagan couldn't have said it any better.
Posted by Andrew Childers at 8:48 PM

I'm definitely stoked about that split, but my most anticipated team-up of the year is definitely the Code Error ("supergroup" made up of Dorian Rainwater, Arif Rot and the rhythm section from Maruta [aka holy fuck]) and Mortalized (!) split that's planned for (fingers crossed) some time this year. I mean, c'mon.

This will be one hell of a split.

Yo, can you hear my boner?

@dessicated. whoa. hadn't heard about that one. that is pretty awesome.

@bill. so that's what was blocking out the sun in my neighborhood this morning.