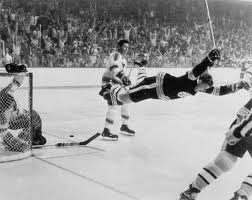 You have no idea how much this picture pains me.
I'm going to go ahead and give you a hint. The winner's initials are S.H. Not much help, I know.
But before we get to the grand unveiling and crown the prom king and queen of Grindcore High's class of 2012, we need to look back at how we got here.
We started with 32 guitarists, selected by me (modified by many of you who were not slow to correct my oversights). Here's who's been left on the wayside already, as voted by you.

So that's how the last three months have shaken out, as decided by you, my not-so-loyal minions. (Rob Marton is 17? Really? Mieszko Talarczyk is only 19? C'mon people! Don't make me come down there.) But I have resolved to forgive your apostasy. Thank you to everyone who has participated. You all are the ones who make all this possible. I hope you've enjoyed the process.
So you the voters have spoken and the greatest grind guitarist is...

Unholy Grave!
That's right. They overcame the fact that they weren't even included to win it all in a stunning come from behind victory.
Sorry. Couldn't resist pulling that one out. Again. 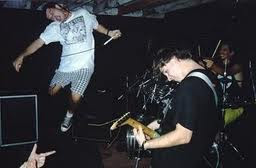 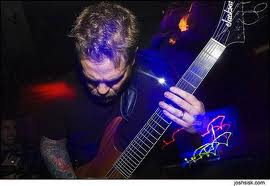 After carefully tallying your votes and tossing out some obvious trolling by the French judges, the best guitarist in grindcore is:

A TIE!
I shit you not. Though Scott Hull led through most of the voting, Steve Heritage mounted a last minute insurgency and managed to knot it all up at 12 votes a piece. So what should we do now? I have no clue. Would an extra week of voting settle this? Should I flip a coin? Rock, paper, scissors? Or all you all cool just to leave it as is? Personally, I like it. It speaks to the different impulses that drive grind and keep it vital, the past and the future knotted up together.
You make the call. Meanwhile, please enjoy the after party in the Jan Frederickx Memorial Cocktail Lounge.
Posted by Andrew Childers at 7:46 PM

recount! i see a problem with your math (which is not in the favor of my pick! argh!)

I loled pretty hard at Unholy Grave. I would have preferred that over Hull winning. As for the tie, well I can handle that. I'm honestly glad Heritage didn't get blown away like I anticipated.

How about you give the top 16 finalists seeds according the upcoming Stanley cup finals. Whichever team wins the cup, that corresponding guitarist wins.

For more stupid ideas, please contact me; there's plenty of glue for everyone.

"i got the blues so bad"

How about now you do a drummer bracketology, followed by bass, and singer. It could lead up to an uber fucked up bracketology super group

but yeah. i've given that some thought. maybe next year. organizing this shit is a real time intensive pain in the ass.

Now I have an axe to grind with google reader its been for the past few months failing to show your posts, and to think I could of had the decisive vote! Although I would certainly lean one way on the matter of Hull versus Heritage I will keep my posthumous voice silent on the matter.

the bracketology posts went up every monday, my friend. i try to keep to a m/w/f schedule.

as a drummer i'd like to see the drummer's bracket. Parlamentarisk Sodomi's drum machine is the clear choice!