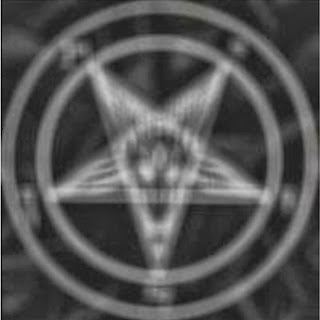 Blurring
Jan. 26 2013 Demo
Bandcamp
The garbage plate is Rochester’s culinary gift to the world. It’s a gut-busting catchall of fried potatoes, baked beans, hotdogs, chili and whatever else is at hand. It’s also a pretty convenient metaphor for Rochester’s resident metal scene, an omnivorous blend of hardcore, grind, death metal and related musical roadkill that managed to be fast and burly while still cramming in enough bent technicality to keep things aslant without ever sliding into music nerd math dissertation territory. The ground zero of the city’s musical mayhem was the almighty Lethargy, a circus-souled calliope of grind blitz, death metal intensity and just plain oddball time signatures. That unique collection of cavemen with calculators later spun out Rochester’s roster of signature bands including Kalibas and Sulaco (also something called Mast-O-Don, whatever that is).
If that specific sound sets your limbic system aflame, please allow me to direct your attention to Blurring, which boasts the services of Rochester institutions Matt Colbert (Kalibas) and Erik Burke (Kalibas, Lethargy, Sulaco, Brutal Truth and plenty of others).  Blurring sound exactly as you imagine given that cast of characters, the perfect way station between Lethargy’s balls out insanity and Kalibas’ chunk/skronk dumpster diving, . [Burke is actually the drummer. I apologize for the mistake.] Blurring appropriate just about every offshoot on the metal tree in pursuit of pure heaviness. There are only three teasing tracks to be found on their demo, but it’s enough to get the salivary glands a-drooling like one of Pavlov’s hounds. Hopefully Blurring pile that garbage plate high with a second helping soon.
Posted by Andrew Childers at 8:04 PM