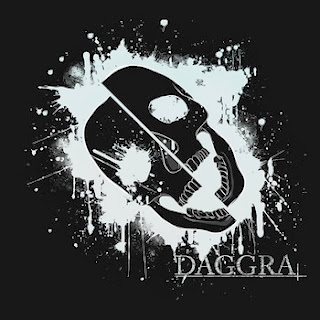 Daggra
Daggra
Grindcore Karaoke
There’s a sweet spot, a musical Lagrange point precariously poised between the twin gravitational tugs of Cellgraft’s slingshot sweep past the sun and Priapus’ bulldozing gas giant mass (yes, that means it kinda sorta sounds like Circle of Dead Children). That’s where Daggra chose to set up shop, in the relatively stability between speed and mass.
Now Daggra won't be knocking any of the aforementioned trio of grinding greats from their laureled perches just yet, but this is a band that shows some promise once they grow into their sound. Daggra keep the fundamentals of their attack simple. Their songs are a full bore charge into your face that seeks to overwhelm with brute force rather than muck about with messy strategy. To that end, they keep the riffs concise and catchy. Songs follow that comfortable formula of short, punky build up into grind explosion, all executed in 100 seconds or left. Six originals and an Insect Warfare cover are enough to convey what Daggra are all about. But that simplicity and familiarity also mean Daggra won’t be blowing you away with originality. This is squarely in the comfort food category of grind, familiar and filling but none too challenging to the palette.
If there’s one other knock on Daggra’s attack it would be the percussion. I can’t tell if it’s an issue of performance or production, but the drums seem divorced from the other instruments at times. It’s like the drums are chasing the song when they should be diesel-spewing engine that powers the whole spiel. A more robust performance there may have been just enough to jump Daggra up from faithful followers of grind’s finer traditions to a band able to inject new blood into a well worn formula.
Posted by Andrew Childers at 6:43 PM