A Blogaversary and a Bedtime Story 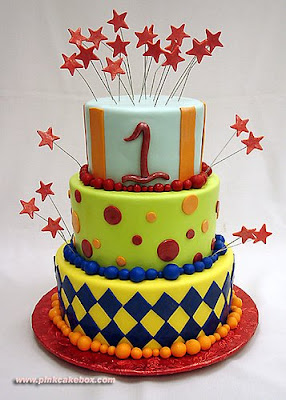 Happy blogaversary to me.
So one year and about a dozen thoughts of quitting later, it’s time to pull aside the curtain and reveal G&P’s s33kr1t, mystical origins. Gather ‘round, kiddies, Uncle Andrew’s gonna tell you a story.
Oddly enough it all starts with my brother, who, despite his H.I.M. tattoo fetish, really ain’t that that bad of a guy. Usually. The thing is, dude, a single father of two, is currently serving his third rotation in the Middle East as we speak (two tours spent in Qatar, the first in Baghdad). Briefly excusing his horrifically bad musical taste (again, H.I.M. tats), while he’s been gone we’ve actually bonded had some fairly interesting convos re: music, insanely violent Asian action films and, natch, the war, which tends to generate some all around mixed feelings in everyone involved.
But what has all this to do with blogging, you ask, impatient as I waste both pixels and your time navel gazing. Like I said, mixed feelings about the war. While I’m a little to the left of Kropotkin, myself, I do tend to find it annoying that my beloved punk and metal tend to be a tad lazy in addressing the complexities of political life in the 21st Century. Instead we’re usually left with stale ’80s sloganeering and lazy, reflexive attacks on the usual suspects: generic politicians, generic bankers, generic businesses and theo old standby, the military, usually with no appreciation for subtly, nuance or just generally taking more than 10 minutes to pen an original thought to anchor generic grind song about how the system sucks No. 12,342,479,987,498,374.
So, knowing there were a couple of guys who actually had combat experience working the grind scene, I hit them up for interviews, thinking I could just shop the story to some webzine for $30 and call it a day. And while just about everyone I approached graciously agreed to do interviews with some no name guy in D.C. without a magazine or even a lousy Blogspot account to his name. Writing the story was a snap; that’s what I do for a living. But after a few months of absolute fucking silence on behalf of every zine editor and web site manager I approached, I got pissed and the blog was born. I had a story I believed in, just nowhere to get it out. So after dashing off a regrettably lame blog name (I’m a huge Dostoyevsky devotee but Notes from Underground was already taken), voila, G&P became unnecessary music blog No. 34,329,238 to grace the intertubes.
Here I am a year later, and once again my brother is working 12 hour shifts six days a week in the desert, facing the possibility of being stop lossed, missing my upcoming wedding, missing Christmas with his kids, possibly missing his son’s fifth birthday, leaving my parents – who should be planning for retirement but instead have been potty training yet again – to watch one of his kids for him.
Given America will be hitting the polls in about two weeks and the frenzy of the final days of election ’08 is all but guaranteed to suck any substance out of our political discourse, I wanted to revisit what metalheads who have served on the front lines in Middle East wars current and past actually had to say about war, music and making the two mix.
I hope to hell I have no reason to post it again next year. Meanwhile, Mr. I-Know-How-to-Win-Wars-But-I-Won’t-Tell-You-How, go fuck yourself.
Posted by Andrew Childers at 7:22 PM

Happy birthday. One of the best blogs around, as far as I'm concerned.

Why give any thought to what you speak/preach when you've got an image to worry about, eh? Generic music, generic lyrics, just like politics, har har.

Much of your criticism reflects a fundamental misunderstanding of why and how things rock, typical of people such as yourself who are content to coolly observe music at home while never venturing out into the reality of the scene. Oh yes, we readers know how much you profess to love grind. If you feel so devoted to that style, why is it you never go out to see any grind bands, be they local, national, or international? It’s good that you aspire—in your own bookish and cloistered way—to support the extreme music you enjoy, but if you never go to see bands live, you are missing out on the essential experience, the real story. Sure, records are great. But shows are where bands—and most especially grind bands—come alive. At shows you can find truth far beyond your sterile CDs or mp3s. You also may come to realize that the releases you cover are carefully orchestrated for your consumption by vested interests. Until then, your reviews and the opinions they hold will continue to exhibit a remarkable naivety. What a pity.

oh shut the fuck up. i spent three years doing metal radio and have been to plenty of shows in my time, met plenty of musicians and made several half assed stabs at songwriting myself. if you don't like it, go read something else. and if you just want to sit and snipe anonymously from the sidelines, go choke on a bag full of dicks.

Been to plenty shows in your time, eh? Good for you. Three years doing metal radio? I bet all those free CDs were a nice treat.

No personal ax to grind here, friend, just some necessary criticism of the critics. Taken on the whole, I applaud your efforts. Keep working at it and don't be so smug, it's irritating to people who can see through your bullshit.

I know, I know--I don't have to bother coming around here and reading your shit. Trust me, it's a rarity.

Yeesh, what an elitest prick. Looking for a fight, huh?

I don't understand what stick that person has up their crack. Your blog is a good thing, keep it up.