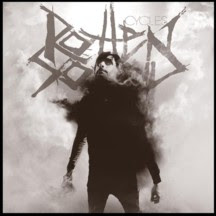 Rotten Sound
Cycles
Spinefarm
Europeans have been bogarting this beast of a release for most of the year, and I wish somebody would have tipped me off sooner because this indiscriminate murder machine is damn well worth shelling out extra for the import. Finally Spinefarm has seen fit to make this available at a reasonable price to cash strapped North Americans ride out the economic downturn.
Good thing, too, because, simply put, this is Rotten Sound at an unrivaled career peak both sonically and in terms of songwriting.
Shedding the focused restraint that I have generally associated with European grind, particularly from Scandinavia, the Finns’ fifth full length album draws from the barely constrained malevolence of North Americans, say Pig Destroyer, to rip and gut anyone who drunkenly stumbles into their path. This is the wide-eyed, slobbering ferocity Rotten Sound has often hinted at but never quite mastered. It’s the sound of veterans who are completely in control of their music and playing with the kind of unity you only see in Stanley Cup champions.
Though a blistering half an hour hit and run spree, Rotten Sound effortless channel the American Psycho-style office shotgun rampage that bands like Leng T’che have hinted at artistically but never quite reproduced sonically.
Mika Aalto’s guitar work – even at blastbeat tempos – is burly enough to anchor the rumbliest NOLA sludge band, fitting given the swamp crawl that kicks off album opener “The Effects” and provides a brief bit of respite between verses of “Colonies.”
Rotten Sound even bring the guitar shred courtesy of guest six stringer Juhu Yii-Koski who highlights a trio of tunes with the nimble fret dancing of “Blind” being a clear standout.
After an effort his masterful, Rotten Sound may need to consider a name change because this is grindcore euphony.
Posted by Andrew Childers at 10:08 AM