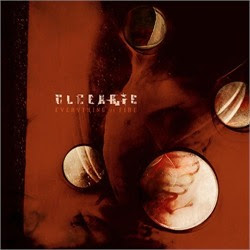 Ulcerate
Everything is Fire
Willowtip
A name change may be in order for these Kiwis because their third album and Willowtip debut does anything but singe an acid hole in your stomach lining, In fact, this may be the most soothing death metal album I’ve heard in eons.
I missed the band’s prior two offerings (there’s a reason this isn’t called Death and Punishment) but I’m starting to think I need to broaden my musical horizons a skootch.
Drawing from Neurosis’ murky palette of constantly shifting grays spiked with lambent flashes of burnt umber concussion fulminating through the eye of every storm, Ulcerate manage to distill the familiar tension/release pattern of Isis and their ilk through a distinctly death metal prism. I don’t think I’ve heard a death metal album this expressive and emotional since the late, unsung Mindrot’s cacophonous bloodlettings. On the technical front, the band packs all the chops of a prime Nile, but has the common courtesy to play at a recognizable tempo that allows appreciation of their musical mastery.
And Ulcerate know how to orchestrate both a good song and a compelling album experience. Smack at the fulcrum of Everything is Fire, “Caecus” alights the stairs of the celestial tower before razing the limitless horizon with a blastbeat holocaust finish. The dry sinew and snapping tendon sound of “Tyranny’s” bass line is could launch a thousand burning ships in its own right.
Where a lot of your patience testing lesser Isis clones will talk about their music as a journey rather than a destination, Ulcerate clearly have a goal in mind. Everything if Fire doggedly leads you through its labyrinthine moods and tones on the way to the title track, an eight minute tour de force that recapitulates and then overshadows everything that went before, moody interludes slaughtered by Ragnarok riffing only to spiral to even more glorious cyclopean peaks. It’s the soundtrack to Lovecraft’s night terrors.
This is not the kind of band where you download a track or two to listen to at your leisure. Everything is Fire is the kind of album that demands your full attention and repeatedly listens and rewards your devotion with worlds of emotion and majesty.

[Full disclosure: Willowtip provided me with a promotional review copy.]

Posted by Andrew Childers at 7:32 PM

Definitely a killer album, I sense a Morbid Angel influence on their work.