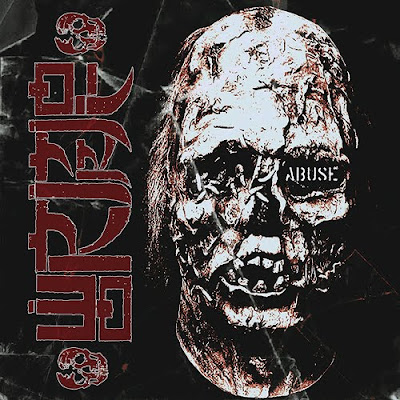 Wormrot
Abuse
Earache (reissue)
In a totally unexpected and extremely gracious move, Digby Pearson recently contacted me (even after I vented my spleen) and offered me one of the first copies of the reissue of Wormrot’s Abuse to thank me for the minor role I played in bringing the band to Earache’s attention.
So how does the two disc reissue of an album that was bruited and hailed by pretty much every one of us as one the single most essential albums of 2009 (Flesh Monolith, tenth? Seriously? What the fuck, man?) fare in the hands of a historic metal powerhouse that has, let's say, gotten a more mixed reaction from fans of late?
Not much has changed at first blush. While the packaging is largely intact – the colors and contrast have been punched up a tad – there is a hilariously bad Photoshop job in the thank you list where “Aziz from Scrotum Jus” has been swapped out for “Digby and Earache Records” in a glaringly different font.
Packaging chicanery aside, Earache wisely didn’t tinker with the album itself. Abuse still sounds like proctology with a block of Semtex. Name your favorite grind album of the last five years and Abuse shits down its throat and make its like it.
The real selling point for this version will be the chance to see just how stupid these Singaporeans were born because Earache has collected the bulk of the band’s demo, splits and EPs and, fittingly, an Insect Warfare Cover (“Evolved into Obliteration”) on the second disc. Now I know most of you have probably already downloaded every single one of these, but the disc also collects a handful of previously unreleased tracks, which just didn’t make the Abuse cut. “Rapid Abortions of Ridiculous proportions” filters the band’s now-established sound through Converge’s “The Saddest Day” and Alice in Chains’ Dirt, offering another datum that the band’s Yeah Yeah Yeahs cover was not some cheap toss away bit of hipster irony.

Wormrot – “Rapid Abortions of Ridiculous Proportions” [Due to a sequencing error, the song will be mislabeled when you d/l]

Having all this material in one convenient package makes for a fascinating historical document. The songs are not as explosive in their larval stages, but they also show Wormot were on to something profound from their first demo in 2007. “Condemnation,” in particular, is a scorcher and paragon of compact songwriting.
Even when the older tracks don’t reach the Abuse pinnacle, that same flailing and uncontrollable sense of abandon energizes every single note. Abuse was no accident. Wormrot are the real shit.
Go buy this shit. Again.

[Full disclosure: I'm special and Earache likes me more than you. Neener, neener.]
Posted by Andrew Childers at 7:25 PM

Thanks for the review of disc 2. I've been waiting for this. :)
But really, seriously, do I need to buy it again? Cause, you know, I'd do that for these guys. My offer for them to crash at my house still stands when they tour the U.S. They can borrow my car too.

Must be hard dragging that huge dick around all the time, Andrew. Hope you never get that thing slammed in a door.

I'd brag too - this rules. Gonna have to chase this down. Who cares that I already have the CD and the vinyl replete with fold out poster. I want this magical "disc 2".

Ordered my copy alongside the shirt yesterday, I look forward to it, more so after this review

P.S. - is Abuse still available in wax? Can't seem to find it, but then again I haven't looked too hard. If not, I need to get my hands on this puppy.

i would have to say buy again. the unreleased songs are just as good as anything on abuse. i seriously love "rapid abortions." however, if you have already d/l-ed all the older stuff you probably already know it's not as good as abuse. however, i recommend buying it just to support the band and maybe nudge earache back into awesomeness. or would you prefer more really horrible euro-metal from them?

I'll buy it for the second disc too.
Alex, contact TVG Records or the band themselves. They bob have original copies and Earache is re-issuing it too. I got my wax from Singapore. Mine is Black but TVG should still have some red copies.

Seems like it's a generally label-driven release, and I dunno; I've got the LP + unrelated to that, I won't be buying this one out of - for the most part - financial reasons. Perhaps I'll get a shirt, and without even feeling the need to support Wormrot as a well-standing grindcore band on a relatively large label or something.

This ain't the right way, man. You can't show them cost-effective (or whatever) opportunities. What will they be angry about? Abuse is a perpetual grind-need. You can't make good grind bands content. What's Earache trying to do; create a paradox?

But really, of course I wanna hear the previously unreleased tracks, and, erm, I'll certainly hear them in ways most definitely known to Digby. In any case, thanks for the heads up.

the tracks on the upcoming split with I Abhor OWNSSSS Abuse!

It'd be interesting to see if Earache do their usual thing of dumping them if their (rather pointless) reissue doesn't sell well enough - even though that'll be thanks in no small part to the fact that virtually everyone already owns Abuse if not more.

Great band, nice guys but I've just got a sinking suspicion Earache are going to wind up doing their usual and leave them up shit creek sans paddle and go back to signing shit "mallcore" bands.

zmaj -- i certainly concede that. but i take the dog training principle to pretty much every aspect of life: reward good behavior. if you don't have a copy of abuse, now you have no excuse.

paul -- i have a sneaking suspicion you may be right, which is a shame because wormrot could easily be the next nasum. but i'll wager earache's loss will be willowtip's gain. if not relapse's.

I just want an album that at least rivals Abuse. And I am willing to wait another year for it.