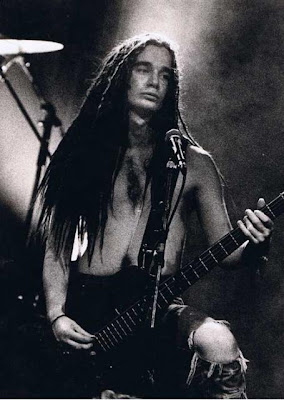 I feel as though Carcass has been getting short shrift around here lately. Since I ran out of Carcass Word of the Day Calendar material more than a year ago the band’s name just hasn’t been popping up with any kind of regularity, which is a damn shame and a serious oversight on my part. I can’t seem to go a week without referencing Napalm Death or Nasum, but Carcass have been falling by the wayside as far as grindcore reference points go. And despite their later forays into questionable death metal and questionabler death ’n’ roll, Carcass remain a grindcore touchstone despite single handedly afflicting us with the plague of shitty copycats who labor under the misapprehension that tired porno samples and casual misogyny stack up against the moldering gods of jet black humor. But we cannot hold the fathers responsible for the sins of their sons.
Ponder, if you will, this grindcore impression under which I have been laboring pretty much my entire adult life: no matter who was behind the kit, Napalm Death always had superior drumming (sorry, Ken), but Carcass could be counted on to bring the superior riffs, particularly after Justin Broadrick jumped Napalm’s ship to get his gloom on. Carcass’ riffs were so awesome (even if not the most popular riff of all time) they’re still being rehashed and rewritten to this day.

Case in chronological point: the introduction to "Ruptured in Purulence" 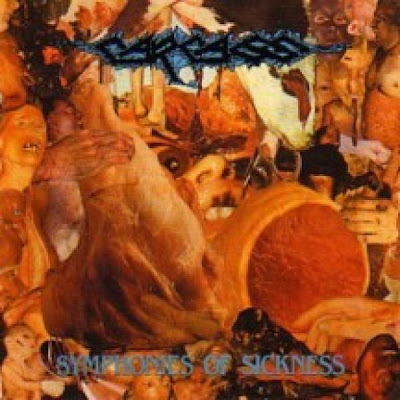 Carcass
“Ruptured in Purulence”
Symphonies of Sickness
1989
Jeff Walker and Ken Owen perfected the grindcore equivalent of the Vulcan mindmeld during the first 22 seconds “Ruptured in Purulence” as the steady state drumming and festering bass line slime across each other like banana slugs fucking before Bill Steer crashes the party with his bone saw guitar and the song ruptured into a purulent death-grind maelstrom. But it’s that opening half minute that has always stuck out in my mind: the patient Jason Voorhees-stalking-errant-camp-counselors drum pace being beaten by Walker’s rotten sack of meat bass tone. 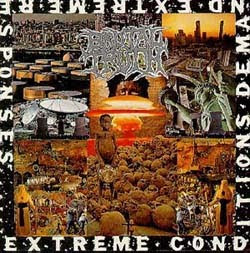 Brutal Truth
“Regression/Progression”
Extreme Conditions Demand Extreme Responses
1992
Well that sure didn’t take long. Just a scant three years later New York weedians Brutal Truth were generously lifting from the Carcass template on “Regression/Progression.” Oh sure, Scott Lewis added a few extra double bass kicks to the layout, but tell me that doesn’t sound like the same slow build drum ’n’ bass between Lewis and Danny Lilker. Extreme conditions demand lifting material from the masters of extremity and on occasion originality will just have to be, ahem, collateral damage. 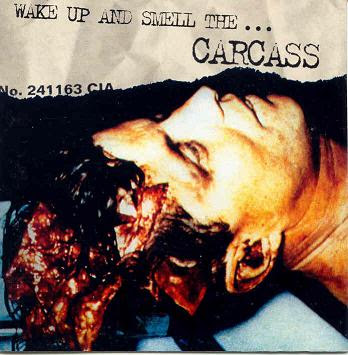 Carcass
“No Love Lost”
Wake Up and Smell the Carcass
1996
Consummate pranksters that they were, Carcass weren’t above dipping back into their own well either. Witness the fake out opener to “No Love Lost” during a BBC Radio 1 Rock Show appearance in 1994. Just before they figured out corporate rock really does suck, Carcass shed the gore and got all major labely, but as a buttress against the inevitable accusations of falsity the then-quartet reduced, reused and recycled their signature riff with Mike Amott adding additional guitar squiddilies to the proceedings. 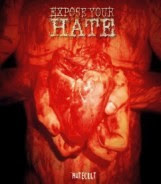 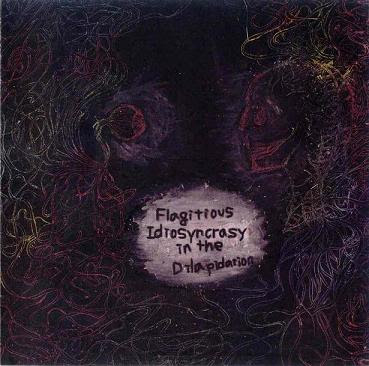 Flagitious Idiosyncrasy in the Dilapidation
“Studeny Kilh”
Flagitious Idiosyncrasy in the Dilapidation
2009
Now at the time I reviewed their self-titled mouthful of an album, I complemented bassist Kanako for her brass-bound ovaries for having the gall (if you will) to ape the Limey masters. Of all those collected here Kanako’s ping pong bouncing bass tone is perhaps the best modern updating and interpretation of Walker’s classic suppurating wound sound. Along with drummer Tomoko, she’s also not afraid to ride that sucker for all it’s worth. The pair of them clock a respectable 75 seconds of collective grooving before being interrupted by the guitars and being told to get on with the song.

Don’t believe me? Judge for yourself, and maybe some of you with sharper musical acumen and a better grasp of notes, scales and all that claptrap can explain the subtle differences that will stay Earache’s army of winged monkey lawyers from suing the the polyps out of the copycats' colons. However, I think there’s enough similarity there to help a couple of copyright attorneys pay off that second mortgage.
Zipped for your pleasure.
Posted by Andrew Childers at 7:21 PM

Good Observation Mr.Childers, sadly I lack the ear to pick up on these things

Good observation indeed. Christ, what a riff... though my favorite from Symphonies has to be the opening of "Empathological Necroticsm" - just a sludgy, terrifying mass of noise that a thousand doom bands could appropriate.

My love for that drum intro/riff knows no bounds. I prefer it as the intro to "No Love Lost" on WUASTC. When they did their reunion tour and busted that out...one of the greatest moments of my life. Headbanged so hard I saw stars and almost lost consciousness.

Weirdly, I recently heard a drum intro/riff that was stunningly similar, as are these that you found. Wish I could remember what it was. I'll try to figure that out and report back. There are others.

it's everywhere, i tells ya. if you remember let me know. i'm curious what it might be.