You Grind…But Why?: Mike Stitches

Whether he’s working with a full band or brutalizing your eardrums all on his lonesome, Mike Stitches is a slave to the grind. His compulsive quest for sonic acceleration has led him from the shortlived Thousandswilldie through his current bass-driven solo project Standing on a Floor of Bodies. Oh sure, he’s dabbled in music’s other stylistic offerings, but Stitches said he keeps coming back to his one true love. 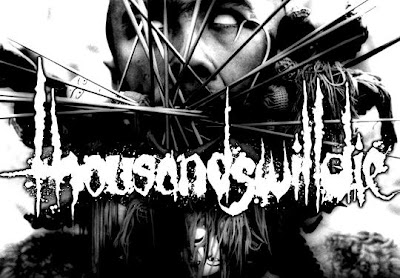 “I feel like no matter what kind of band I'm in, I always end up returning to grind,” he said. “There's always that urge to play fast. I've been in metal bands, hardcore bands, worked with electronic music and noise, etc. For whatever reason, nothing fulfills me on the same level as grind. Now that I've got Bodies going, I look forward to how each release will turn out because I know for a fact this is the kind of music I want to make and have been trying to make for years. Thousandswilldie came relatively close, but I was nowhere near as excited about that as I am now with Bodies. Either way, once I started playing grind, I felt much more confident in the music and the recordings. The other stuff is fun but not the same.”
Posted by Andrew Childers at 4:09 PM

Labels: grindcore, interviews, standing on a floor of bodies, thousandswilldie, you grind but why

"The other stuff is fun but not the same" is exactly how I feel listening to most other forms of music, it just lacks an edge grind has, and Stitches has plenty of it. All hail Stitches!

Mike is a fucking soldier, and a great guy to boot! Much respect!